After announcing that its Podcasts app will be making an appearance on the Apple Watch’s upcoming watchOS 5, Apple has shared some new milestone achievements regarding its podcast platform. 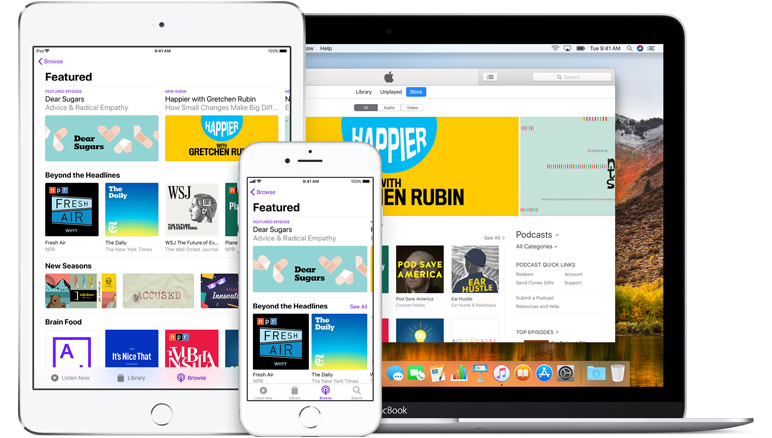 According to a new report from TechCrunch, Apple’s Podcasts application now catalogues over 18.5 million episodes across 550,000 active shows – a serious jump since Podcasts launched back in 2005 (when the service had a mere 3,000 shows).

Apple most recently gave numbers for Podcasts at the end of April, when the platform hit over 50 billion downloads with 525,000 active shows.

“Apple Podcasts currently hosts north of 550,000 active shows, a bump from the 525,000 the company reported back in April — that’s a considerable jump from the 3,000 programs it hosted when the program launched back in 2005,” reads the report. “The new numbers include 18.5 million individual episodes representing 155 countries, in more than 100 languages.”

Stuff You Should Know, meanwhile, has become the first podcast to break 500 million plays.

Despite the TechCrunch report’s title, it’s important to keep in mind that Apple Podcasts hosts nothing, it’s just a directory and until very recently wouldn’t even share their metrics.

TechCrunch speculates that this move is an early step in Apple’s long-term plan to improve the technical quality and consistency of its podcast ecosystem. This includes a focus on mastering levels, to help prevent listeners from experiencing stark volume changes when listening to podcasts from multiple providers.

In related news, check out the Apple Watch’s upcoming operating system, watchOS 5 – the first to bring Apple’s Podcasts app to the device.