Apple’s upcoming watchOS 5 for Apple Watch includes a handy, time-saving feature that the Cupertino company failed to mention in their WWDC keynote on Monday. 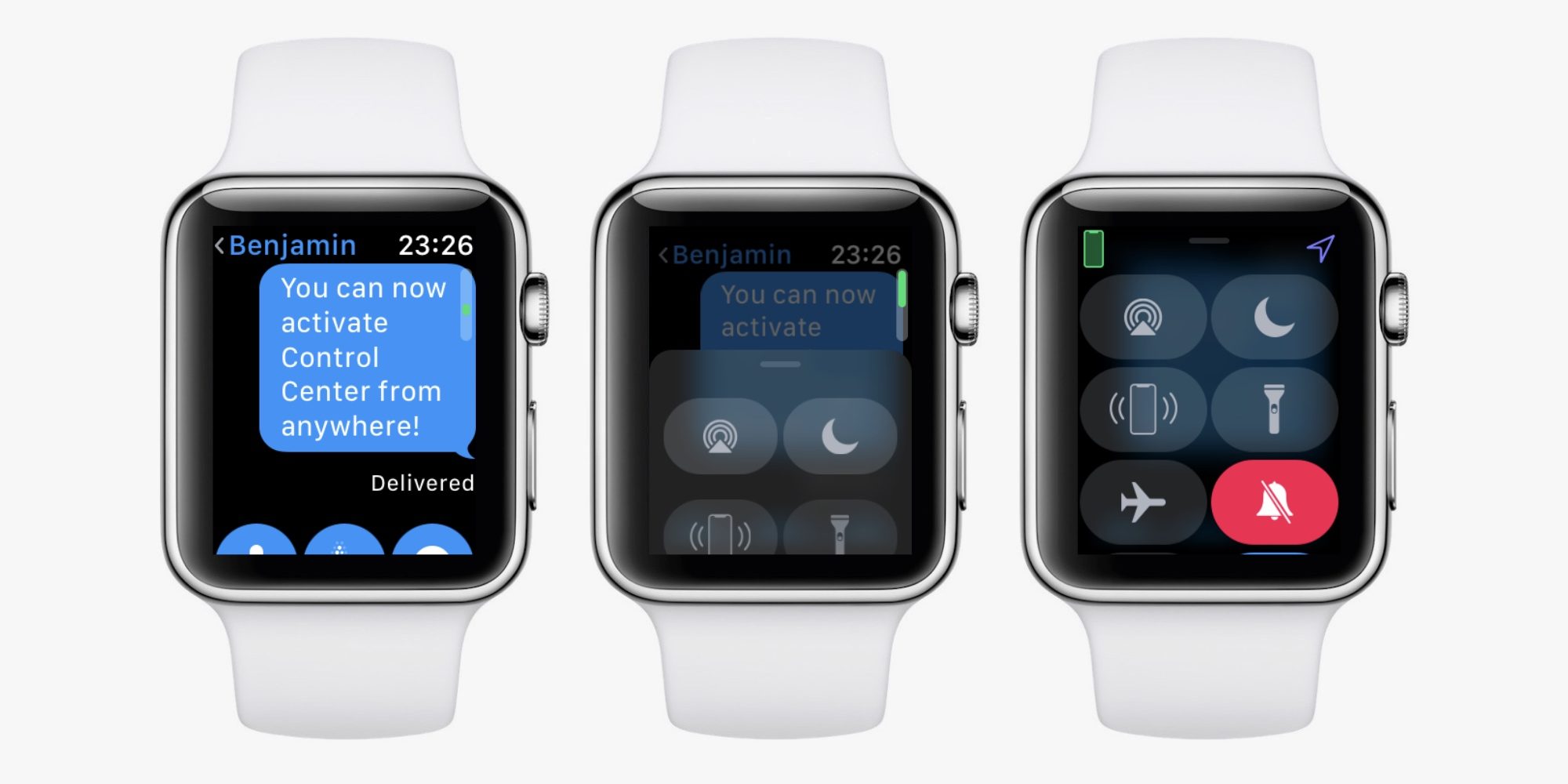 watchOS 5 will now allow Apple Watch Series 2 and Series 3 users (original Apple Watch users are out of luck) to access both the Notification Center and Control Center panes from anywhere within the operating system’s interface, including apps. Previously, users had to back out to their main clock face, and then swipe down or up to bring up the Notification Center and Control Center, respectively.

Within apps, it works essentially the same way, except for a tiny additional step. According to a new report from 9to5Mac, here’s how it works:

According to the report, these gestures work in both first- and third-party Apple Watch apps. It does not work, however, on the Apple Watch home screen or in the Dock.

These new gestures are accompanied by a new fluid-yet-subtle animation, in which the background starts as an opaque grey once the menu’s “peek” appears, fading to transparent once the swipe gesture is finished. If a user swipes to the menu quickly, the Apple Watch’s panes “bounce” back from the edge of the display.

While minute, this little detail saves Apple Watch users a bit of time, allowing them to access portions of their smartwatch more efficiently. This is just one small detail packed within watchOS 5 – check out everything else the Apple’s Watch’s new operating system has to offer here.

SkipTheDishes has today announced the launch of its new 'Do Good Deal' offer on the largest food delivery network in Canada. Piloting at participating restaurants in Winnipeg and Vancouver, this menu add-on allows restaurants to offer customers exciting end-of-day discounts on unsold menu items. The Do Good Deal offer is a new addition to SkipTheDishes' offerings...
Usman Qureshi
29 mins ago

DoorDash and Wendy's Canada have announced a new nationwide partnership to deliver consumers their favourite menu items from the comfort of their homes. Available at over 300 restaurants across the country, Wendy's lovers can now order the iconic Baconator or Classic Frosty through DoorDash Canada. "DoorDash is providing Canadians a convenient and accessible way to Dash...
Usman Qureshi
37 mins ago

Ottawa-based lawyer Darius Bossé has filed a case against the federal government over the ArriveCAN app not allowing iPhone users to choose whether they wanted to use French or English as their official language — reports the CBC. ArriveCAN was built as a mandatory tool for travellers to submit COVID-19 vaccination proof and other health information...
Nehal Malik
38 mins ago