According to a report by VentureBeat, a new Change.org petition demanding that Apple should fully recall and replace the defective keyboards on its current-generation MacBook Pro models due to a design failure, has already gathered hundreds of signatures. 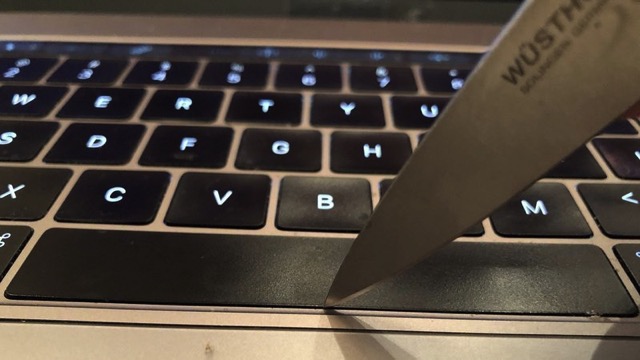 Apple debuted a new “butterfly” keyswitch design in its ultra-slim 12? MacBook, before incorporating an improved second-generation version in 2016 and 2017 MacBook Pros. The new petition claims that “every one of Apple’s current-gen MacBook Pro models … is sold with a keyboard that can become defective at any moment due to a design failure”.

Although Apple says it designed the keyboard from the ground up, including each key and its underlying mechanism, in order to fit a full-sized keyboard into its ultra-slim MacBook, there have been growing reports of “noticeably reduced key travel”, which is quite frustrating for professional writers.

The subsequent MacBook Pro version remedied that issue by restoring much of the key travel, though some critics maintained that the typing experience remained sub-par compared with prior MacBook Pro keyboards.

After months of use, however, even otherwise satisfied users began to report sticky and unresponsive keys. Users seeking fixes discovered that Apple repairs would be incredibly expensive — in the $700 range — and time-consuming, as the keyboard isn’t user-serviceable.

Do you think the petition will force Apple into fully recalling all affected MacBook models?