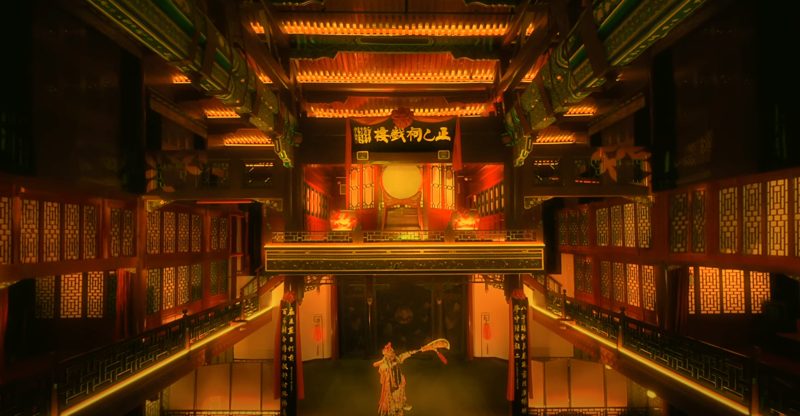 Ahead of the Lunar New Year starting on January 22, 2023, Apple has released a short film to celebrate Chinese New Year, and it was of course ‘Shot on iPhone 14 Pro.’

“Welcome the Year of the Rabbit with a story about a young man, his love for opera, and the spirit of persistence. Apple and director Peng Fei come together to reinvent the renowned Chinese Opera “Through the Five Passes”,” explains the iPhone maker.

Apple CEO Tim Cook first shared the video on the Chinese social media network Weibo earlier on Thursday morning (via 9to5Mac). The videos have now been uploaded to the official Apple YouTube channel. 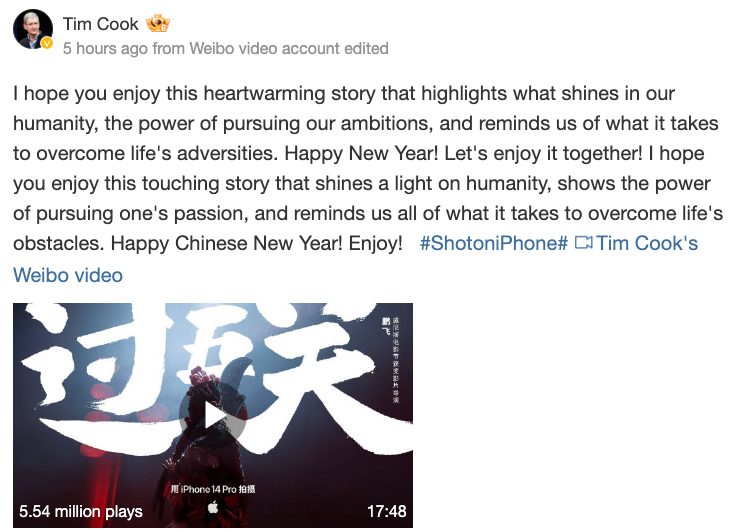 Apple also posted a “making of” clip, detailing how the short film was made. “Go behind the lens of iPhone 14 Pro with director Peng Fei, and uncover the cinema secrets behind Apple’s latest Chinese New Year film “Through the Five Passes”, said Apple. Check it out below:

Apple has been releasing short films ‘Shot on iPhone’ for Chinese New Year for a while now–check out last year’s film here.