Apple seeded iOS 7 Golden Master (GM) build to the developers yesterday, the version that will be released to the public on September 18th for installation on all supported devices. However, MacRumors points out that Apple has removed the iCloud Keychain in iOS 7 GM, an option that was previously listed in iCloud preferences but will apparently not be released to the public next week. 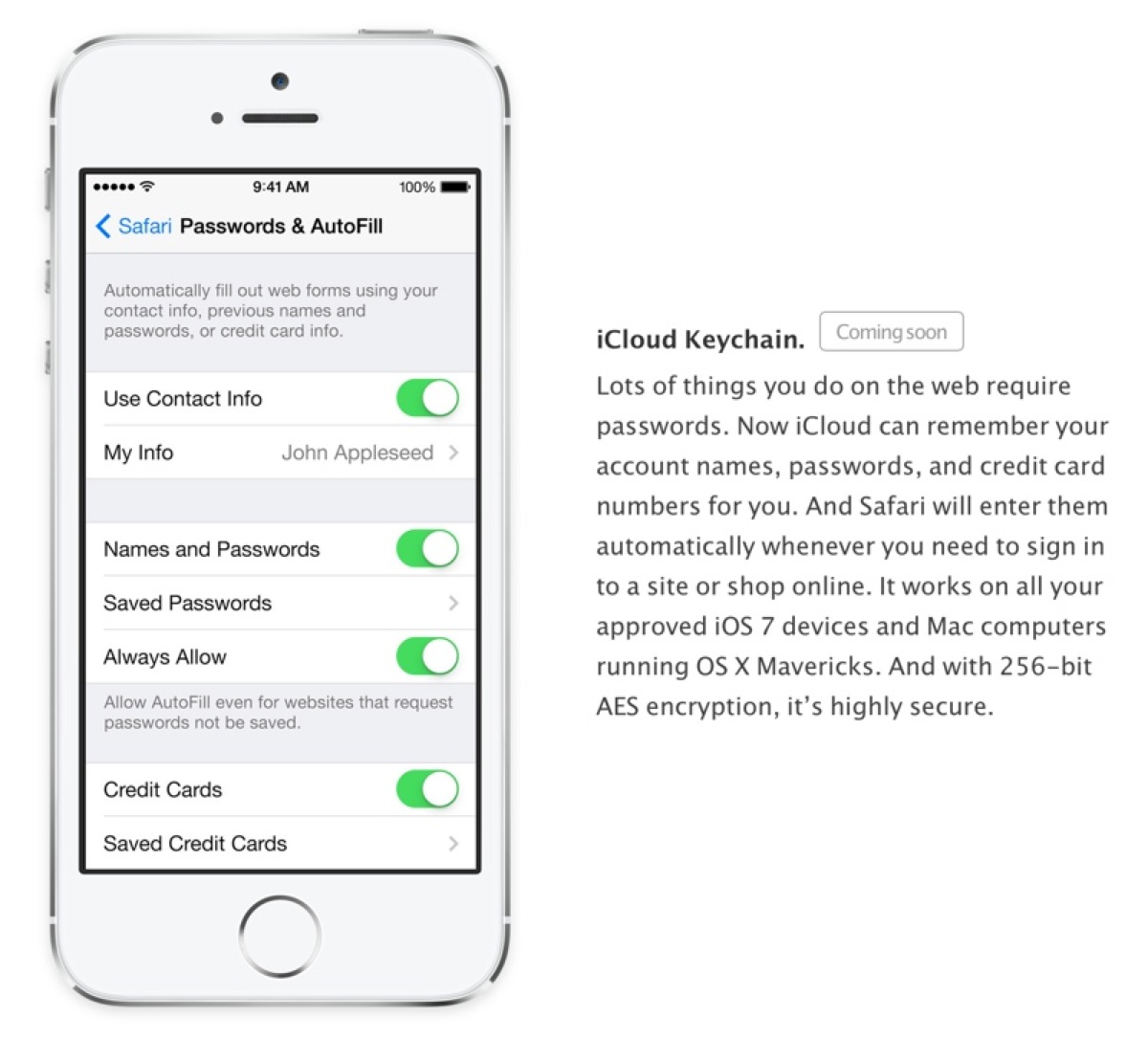 Furthermore, Apple has currently tagged the iCloud Keychain option as “Coming soon” on the iOS 7’s What’s New page. It is therefore possible that Apple may have chosen to provide the iCloud Keychain feature alongside OS X Mavericks, which is set to be released later this year.

As a beta tester, do you miss the iCloud Keychain feature in iOS 7 GM?