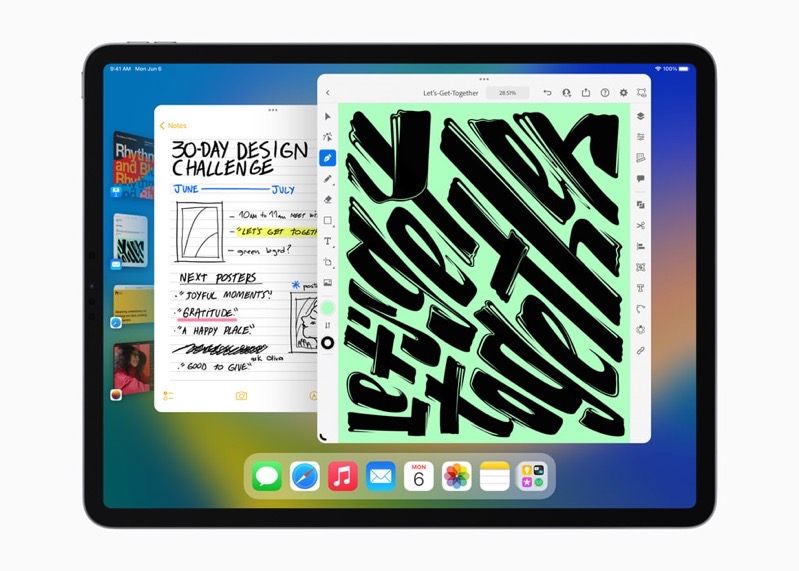 Apple’s Stage Manager multitasking feature in iPadOS 16 is only for tablets with the company’s M1 chip, but that is now changing.

According to Engadget, Apple told the publication Stage Manager is now expanding to older iPad Pro 3rd gen and 4th gen models when iPadOS 16 is released later this year.

M1 iPad Pro models will be able to run external displays and up to 8 live apps at once, which Apple says is only possible because of the newest chip.

But now, Apple says, “Customers with iPad Pro 3rd and 4th generation have expressed strong interest in being able to experience Stage Manager on their iPads. In response, our teams have worked hard to find a way to deliver a single-screen version for these systems, with support for up to four live apps on the iPad screen at once.”

So the iPad Pro 3rd gen with A12X Bionic and iPad Pro 4th gen with A12Z Bionic will be able to run Stage Manager with up to 4 live apps at once. But no external display support will be available.

“External display support for Stage Manager on M1 iPads will be available in a software update later this year,” says Apple, noting it has been removed from iPadOS 16 beta for now.

Glad to see Apple is listening and showing some love for customers that shelled out big bucks for older iPad Pro models, that still remain capable.