Last month, Apple received a permit in California so it could start testing Lexus cars with self-driving technology, soon after which a white Lexus RX450h crossover outfitted with the usual sensors and hardware from Apple was spotted driving around the Silicon Valley area. Now, a self-driving car from Apple has been caught on video on the 101 North, with Apple’s vehicle exiting towards University Avenue in Palo Alto (via MacRumors). 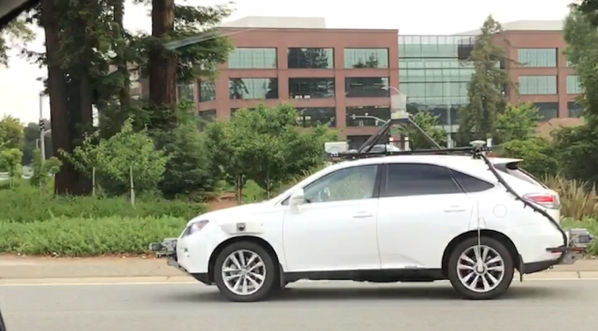 As you can see in the video embedded below, the Lexus RX450h SUV is equipped with multiple sensors and cameras, making it easy to see when it’s out on the road. It is also using a top-end Velodyne 64-channel lidar, two or more radars, and several cameras to navigate.

Although the iPhone maker has so far remained quiet about its work on the project, various bits of information suggest that Apple is looking at a 2020 launch for whatever it is that it’s working on. It’s still not clear whether Apple actually intends to build a self-driving car or a self-driving platform.

Check out the following video and share your thoughts in the comments section: