Apple has today shared the 2020 highlights from its services including Apple TV+, Music, and more. 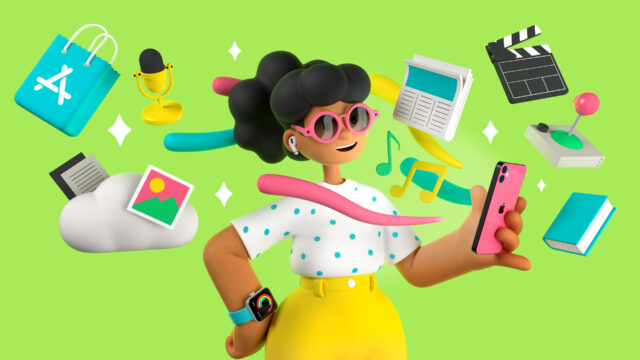 Apple isn’t sharing exact numbers regarding revenue from services for the whole year (or past quarter) just yet. We’ll probably have to wait for the next quarterly investors’ call for that. However, there are a couple of numbers in the press release that give us a pretty good idea of how profitable Apple services are.

On top of that, Apple announced it generated $1.8 billion USD in App Store sales of digital good in the week between Christmas eve and now has 90 million monthly active users for its Apple Books app.

Apple says the most download apps in 2020 were Zoom and Disney+, along with popular games like ‘Among Us’ and ‘Roblox. It says consumers spend $1.8 billion on digital goods and services from Christmas Eve to New Year’s Eve, including $540 million on New Year’s Day.

“Now more than ever before, customers around the world have found inspiration and value in the breadth and quality of Apple’s services, which have impacted their lives in big and small ways every day,” said Eddy Cue, Apple’s senior vice president of Internet Software and Services. “We’re incredibly optimistic about where we’re headed, and we believe that the opportunities for developers and the creative community are endless, as are the positive and meaningful benefits to our customers.”

Overall, Apple’s Services generated revenue of $53.8 billion USD in the company’s last fiscal year, which ended in September 2021. Apple is expected to report its fiscal first quarter earnings in a few weeks.

You can read the full press release here.