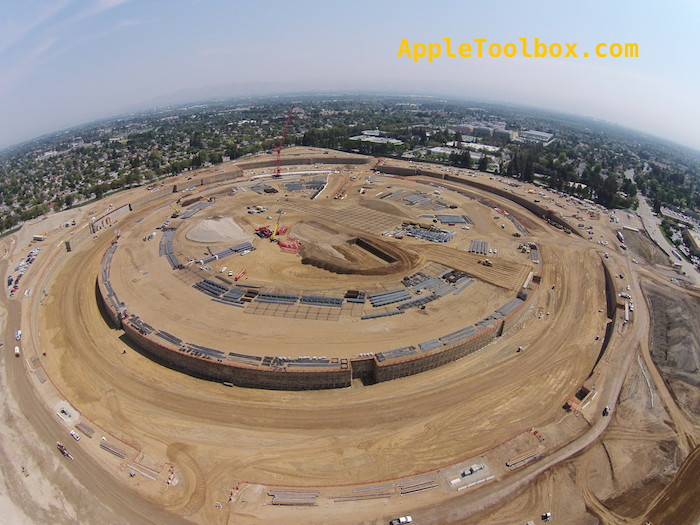 The folks over at Apple Toolbox have been publishing periodic updates of construction progress on Apple’s Campus 2 in the form of aerial pics over the past few months. Today, they have shared more aerial photos of the site, clearly showing how the spaceship-like Apple HQ is shaping up.

Earlier aerial pics of the construction site showed that all buildings had been demolished, and the land had been cleared. Also, more recent photos revealed that the campus had already taken its spaceship like shape. Now, these photos once again show two circular walls, one inside the other, built around the building’s perimeter.

Take a look at the following photos that were taken a couple of days back. 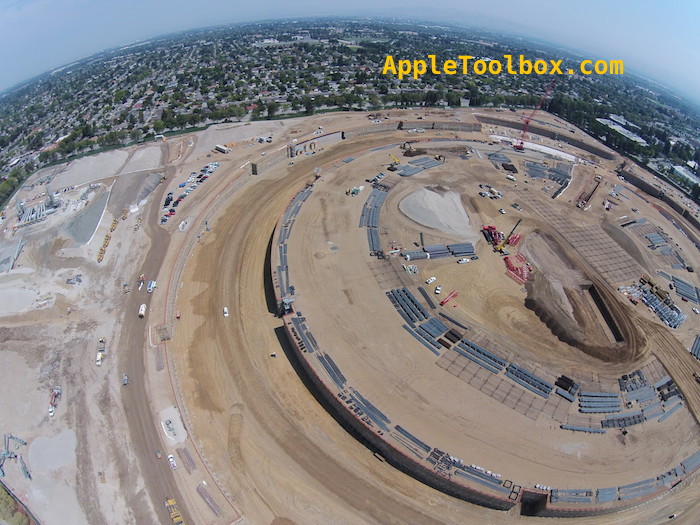 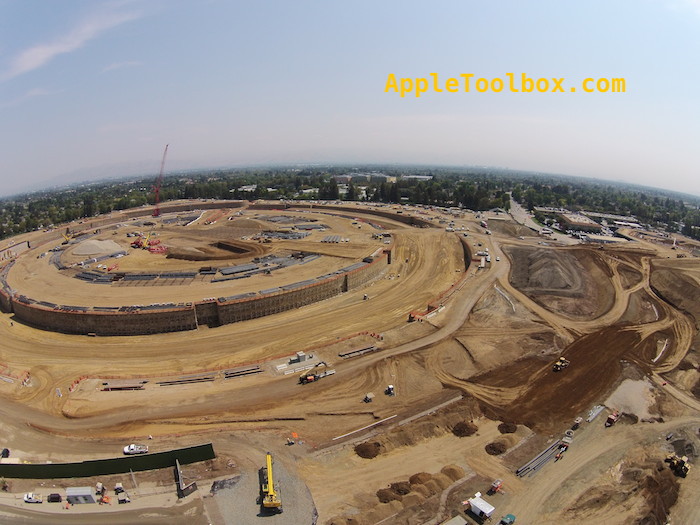 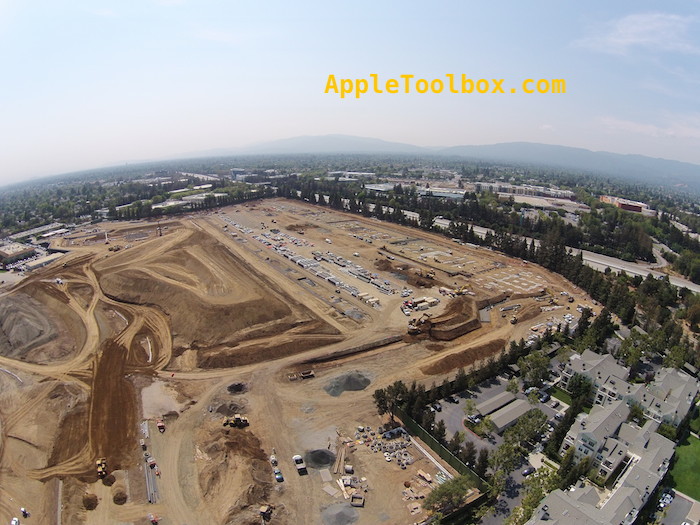