Construction on Apple Campus 2 a.k.a the ‘spaceship’ project is well underway and is expected to reach completion in mid 2016. As evident from the latest aerial photos captured by AppleToolbox, construction at Apple’s campus is progressing rapidly and that walls have also been erected around the perimeter of the building. 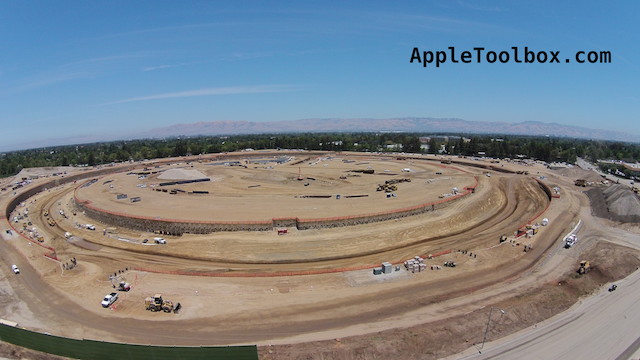 Previously taken aerial shots of the site showed that all buildings had been demolished, and the land had been cleared. Also, more recent photos revealed that the campus had already taken its spaceship like shape. Now, these photos, which were taken a couple of days back, show two circular walls, one inside the other, built around the building’s perimeter.

“The shape of the building will be circular with a circular cutout in the center. As you can see, there are many vehicles and a lot of equipment, indicating that a lot of progress is being made at the site.”

Here are some more photos of Apple’s spaceship-like Campus 2: 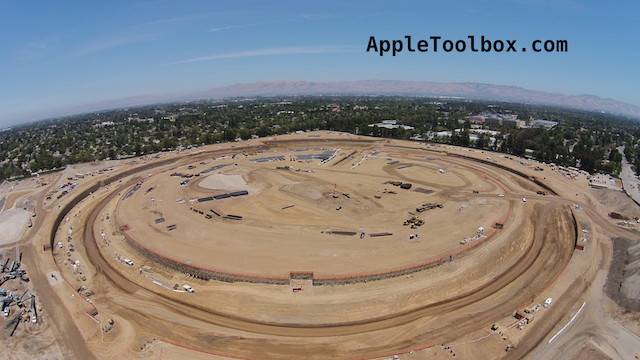 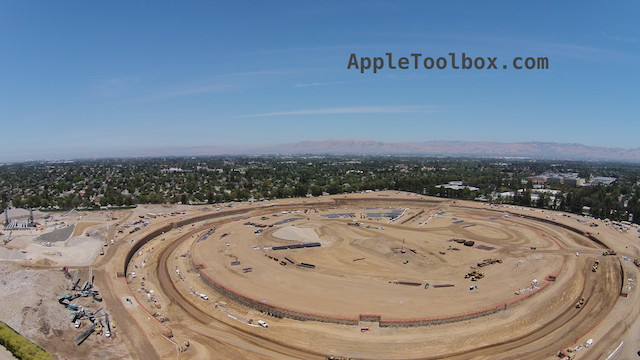