Apple has started selling DJI drones in its online store in the US and Canada. As first noticed by MarketWatch, the Apple Store now lists the “Phantom 3” line of drones, created by SZ DJI Technology Co., commonly known as DJI. 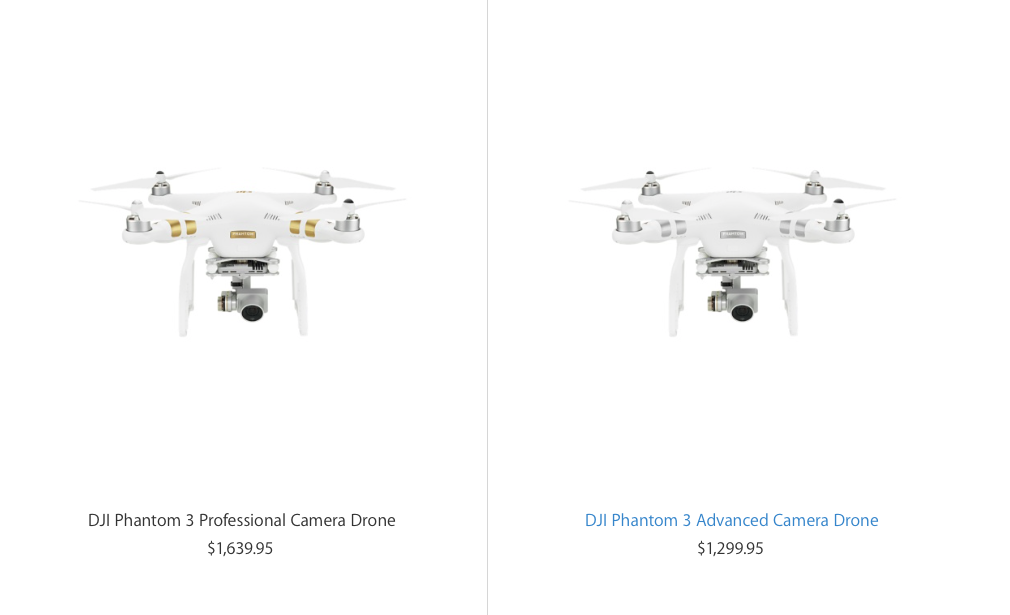 The drones aren’t in brick-and-mortar Apple Stores yet. We’ve called retail stores in Canada, which noted that nothing has hit the shelves — yet — but a quick search on Apple’s Canadian website (click on the “accessories” tab) reveals that there are two DJI Phantom 3 Camera Drone models for sale: a professional and an “advanced” model.