Apple Debuts Refurbished iPhone Sales in U.S., But Not Canada

MacRumors reports that iPhones are now being sold alongside Macs, iPads and iPods in Apple’s online refurbished store. This could mean there is hope that such offerings will also appear in Canada. 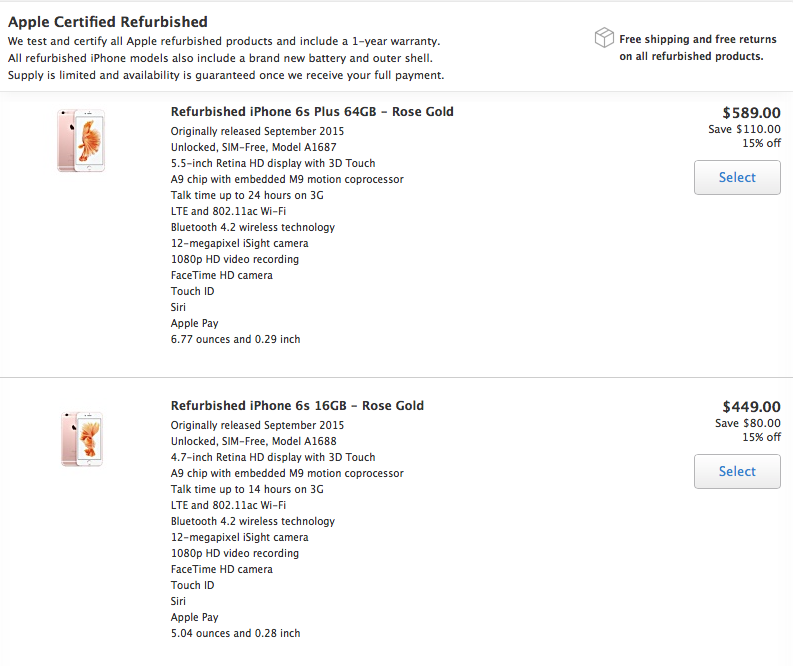 All these handsets are unlocked and SIM-free, so you can use them with your preferred carrier, and they are covered by Apple’s one-year limited warranty, as well as the 14-day returns policy. As noted by Apple, refurbished iPhones have a new battery and outer shell, and come in a new white box.

Of course, if you want to extend that limited warranty, you can do so by buying AppleCare+.

The recent update of the US online refurbished store could easily suggest there is hope that Apple will also make refurbished iPhones available in Canada, although there is no guarantee of that. We’ve seen Canada somewhat neglected in terms of services Apple has made available in other parts of the world (I know you can think of some.)