Apple has launched Business Chat within its Apple Store iOS app. The feature allows Apple users to instantly connect with a customer service rep, within the Messages app.

As you can see in our screenshot below, there is now a Messages icon within the Apple Store iOS app when you scroll to the bottom after looking at an item. Once you tap it, Messages opens and you are immediately chatting with a human.

In our case, the Apple Business Chat rep was working from home, noting the debut of this feature for Canada was in the past week or two. 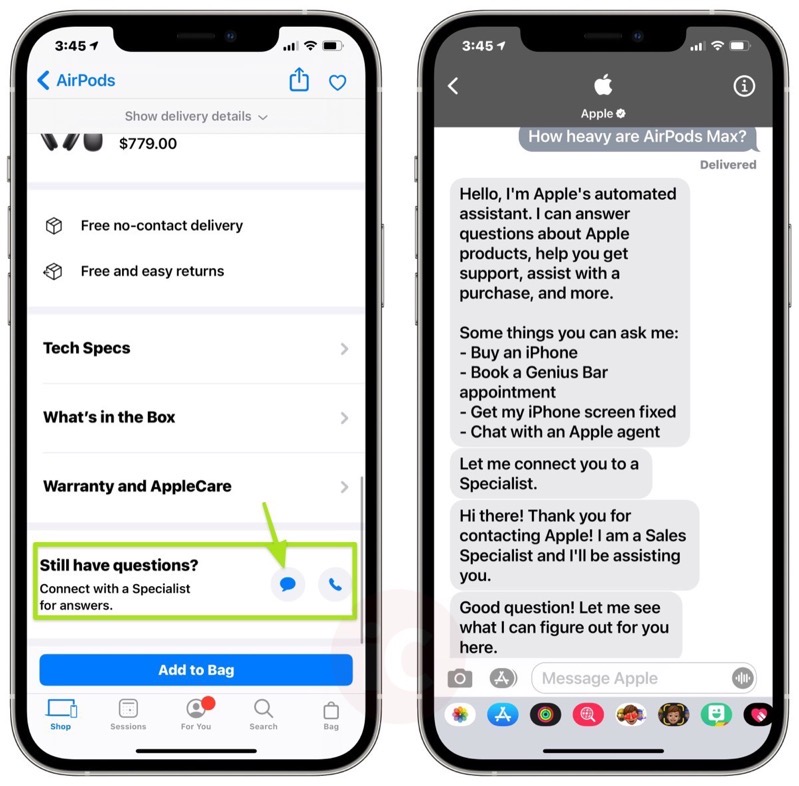 Apple Business Chat reps can also forward you to Apple Support, which remains in the same chat window inside Messages. The chat in your Messages list will show ‘Apple’ as the name and also have a verified checkmark. The chat window itself has an Apple logo and has a grey colour scheme.

The new feature makes it incredibly easy to get more information on a product before your purchase when using the Apple Store retail app. With COVID-19 and people staying home and shopping online, it’s only natural that Apple is offering more support through this feature, which was first announced back at WWDC 2017. Other companies in Canada also offering Apple Business Chat include Shaw’s Freedom Mobile.