Last month with the debut of the AWS compatible iPhone 5 by T-Mobile down in the USA, some Canadians managed to bring back those units and use them on AWS networks in Canada such as Mobilicity and WIND Mobile.

Many have anticipated these AWS units making their way into Apple retail stores in Canada in the form of warranty replacements and now it appears that is the case.

How to find out if your iPhone 5 is an AWS model capable of running the 1700MHz/2100MHz bands? According to Apple’s support document:

iPhoneinCanada.ca reader @ellardchua replaced an iPhone 5 under his AppleCare warranty at the Pacific Centre Apple Store and his replacement turned out to be an AWS unit, as you can see below his serial number ends in the qualifying “FH1F”: 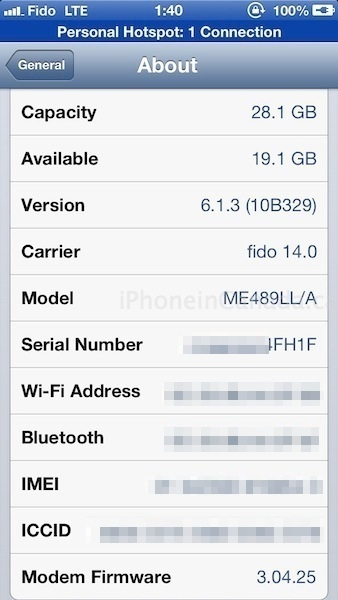 Ellard was able to perform a Speedtest.net test on Mobilicity’s AWS 3G network and below are his results: 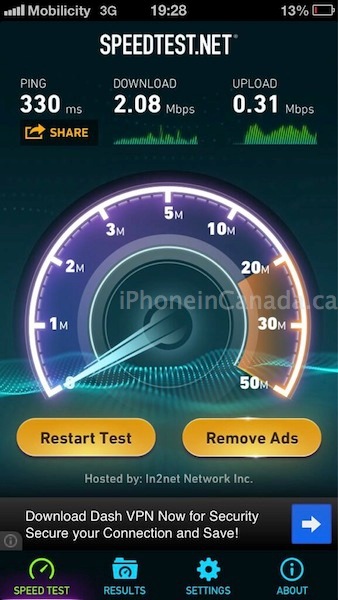 Some users over at Howard Forums have also recently claimed AWS iPhone 5 warranty swaps have occurred since the end of April. If you have recently swapped an iPhone 5 related to warranty issues, check your serial number and let us know if you received an AWS replacement.