As spotted by Twitter user Brian Roemmele, Apple has blacked off the windows of some of its retail store locations ahead of tomorrow’s iPhone launch event (via MacRumors). According to Bloomberg’s Mark Gurman, Apple is planning to update the front of some stores with “old-school 3D front windows.”

Reason: It’s because they’re bringing back the old-school 3D front windows at some stores. Here are some old examples. I liked these. https://t.co/IQBbFF0tCn pic.twitter.com/LxhBlTUo65

An Apple Store worker has also confirmed that the staff has been instructed to clean out and fix floor mechanisms that haven’t been used in years, including wires and other equipment used for anchoring the front displays. 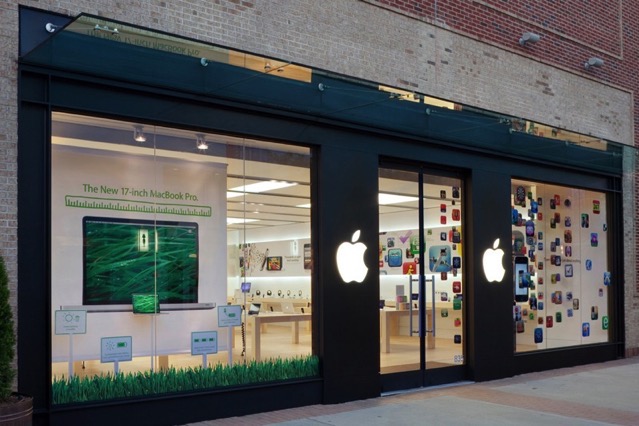 In the past, Apple has used several eye-catching window displays with cutouts and designs showing off new products and features, but the practice has now been discontinued with the launch of the updated Apple Store designs.

Apple has invited media to a special event set for tomorrow at the Steve Jobs Theater in Cupertino, at Apple Park with a 3D Apple logo invite that says “By innovation only.”