Bloomberg’s Mark Gurman is out with a new report, citing Apple’s plans to release three new iPhone models in 2018, providing new details on what to expect from each model. 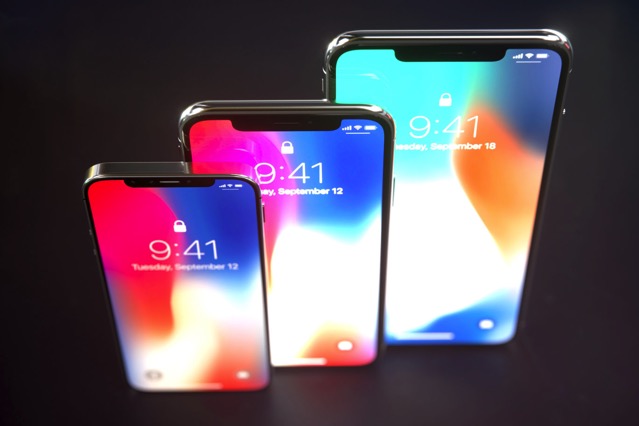 The largest model would include an OLED display of nearly 6.5-inches and have a screen resolution of 1242 x 2688, code named D33. Essentially, this would be an iPhone with about the same physical size as iPhone 8 Plus, but with an edge-to-edge design seen from the iPhone X. This model of course will include Face ID.

Bloomberg says Apple is considering a dual-SIM card feature for the 6.5-inch model, but could also wait for E-SIM technology, as currently used in iPad cellular models and Apple Watch LTE models, which do not require a physical SIM card.

Another model set to replace the existing iPhone X, known as D32 internally, will bring hardware updates, which are expected to be the A12 chip and also include other features such as Face ID.

The third iPhone model coming out, would utilize design cues from the iPhone X and include features such as Face ID, to go with an edge-to-edge display, which would be LCD instead, for a lower cost, while also utilize aluminum edges instead of stainless steel seen in the iPhone X.

As for colours, Apple may debut gold for the 6.5-inch and iPhone X successor. Apparently, the company tried to introduce gold for iPhone X but ran into production problems.