Apple has put up some banners decorating its Cupertino campus in anticipation of tomorrow’s iPhone event, set to start at 10AM PDT/1PM EDT. French site iGen.fr has posted images (via MacRumors) of Apple’s Town Hall auditorium entrance showered in the same coloured dots previously seen in the company’s invitation to the media. 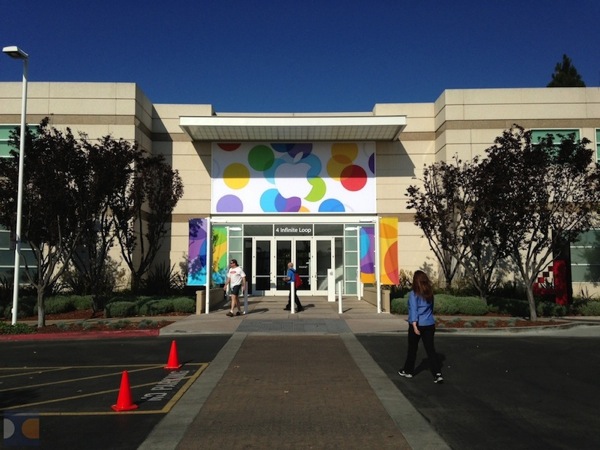 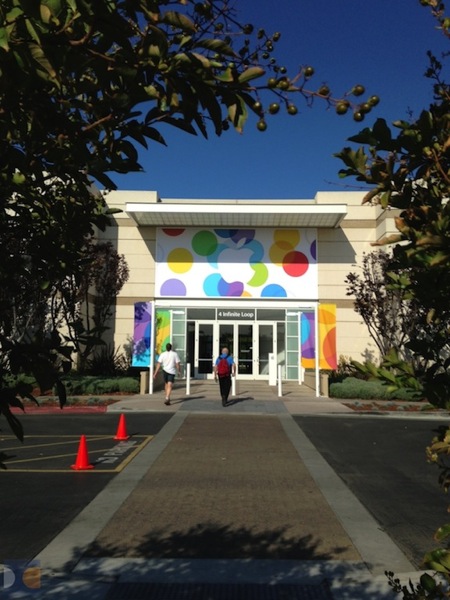 Apple will also be holding replays of the iPhone event in Beijing, Tokyo and Berlin. The company is widely expected to debut the iPhone 5S and lower cost iPhone 5C, plus officially announce the release dates of iOS 7. Only 20 hours and 30 minutes to go folks!