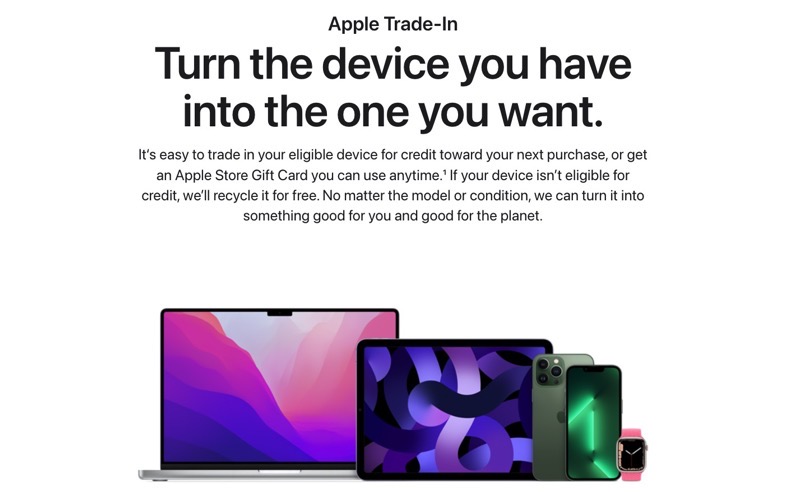 The Apple Trade-In program lets you trade in your old device and get a gift card for your next Apple purchase.

The program launched back in the summer of 2017 in Canada for Mac and PC, but soon expanded to other products for trade-in, such as iPhone, iPad and Apple Watch. Apple launched the program with third-party provider Phobio from Georgia, but recently, the program switched to another provider, Florida-based Likewize.

“It‘s easy to trade in your eligible device for credit toward your next purchase, or get an Apple Store Gift Card you can use anytime. If your device isn’t eligible for credit, we’ll recycle it for free. No matter the model or condition, we can turn it into something good for you and good for the planet,” explains Apple.

According to an iPhone in Canada reader, in late June, Apple was still using Phobio as its trade-in partner, according to their web browser history. But that changed at some point leading up to yesterday. 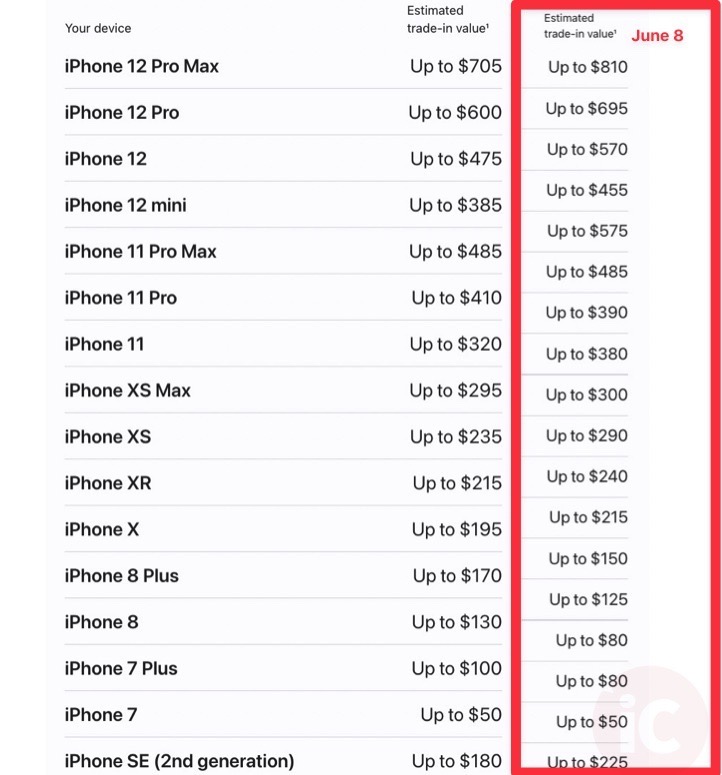 As for Apple Trade-In program values, they appear to have dropped compared to one month ago. Checking out iPhone, iPad, Mac and Apple Watch values, they are down across the board.

You can see how an iPhone 12 Pro Max was worth $810 in June, but is now worth $705. Yes, we are close to an expected iPhone launch this fall, so values do fluctuate over time. But a $105 drop in less than a month–that seems larger than usual.

After Apple changed to Likewize, the value of our tipster’s MacBook Pro lowered from $310 (with Phobio) to $220.