Apple offers a trade-in program where customers can bring in their existing devices, get a trade-in value and then put that amount towards a new device.

The company periodically adjusts these values as time goes on and recently made some changes, according to MacRumors, pointing out that the values in the U.S. have moved lower.

In our own checks of Apple’s website, trade-in values have also dropped in Canada, just like our neighbour to the south. The trade-in values dropped across the board for iPhone, iPad, Mac and Apple Watch for the most part.

Check out the changes below that we’ve highlighted as “new” as of writing and “old” (as of January 12): 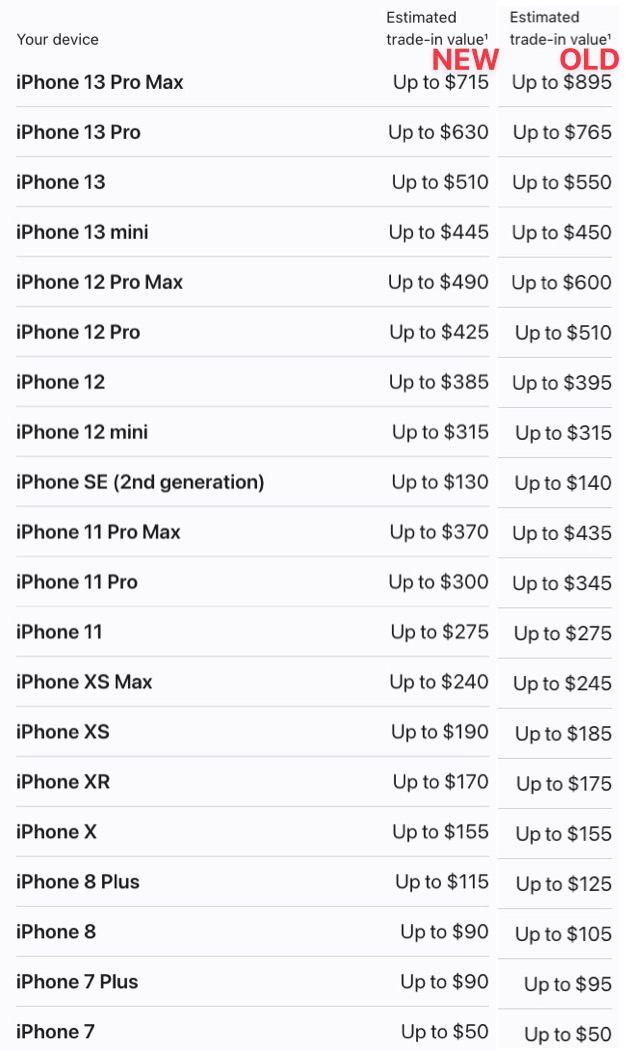 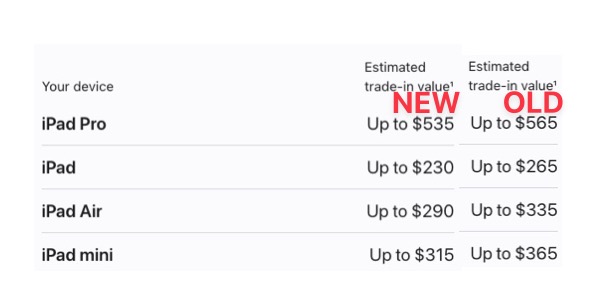 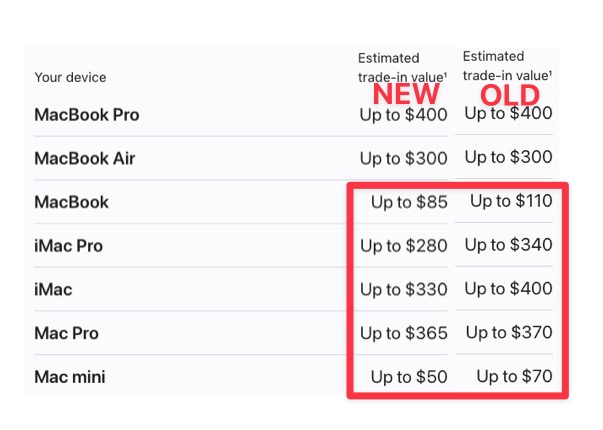 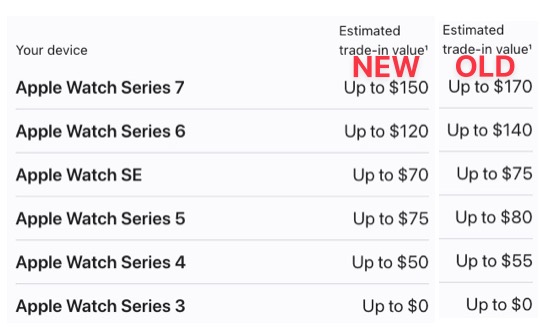 At the end of the day, selling your old Apple gear on the used market is worth a whole lot more. But there are some folks that don’t have time for that and prefer the lower values of a trade-in.