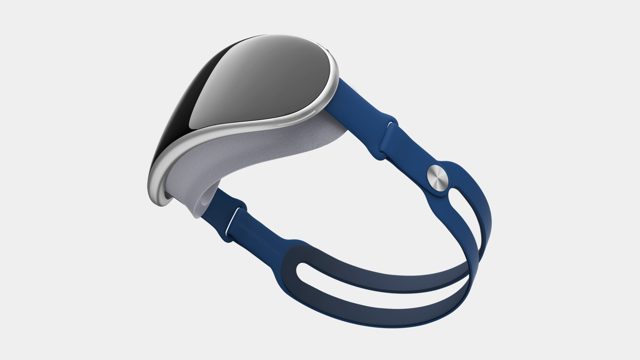 Details found within trademark filings for “realityOS,” the operating system for Apple’s long-rumoured mixed reality headset, point to a possible announcement at the company’s upcoming Worldwide Developers Conference (WWDC), slated for June 6-10, as noted by @Parker Ortolani (via MacRumors).

It cannot be a coincidence that the “realityOS” trademark owned by a company that seemingly doesn’t exist and is specifically for “wearable computer hardware” is being filed around the world on June 8, 2022 https://t.co/myoRbOvgJa + https://t.co/AH97r95EMn pic.twitter.com/uvsiZCj2rR

The trademark applications don’t make any mention of Apple. They instead belong to “Realityo Systems LLC.” However, the corporate location used by this company is the same one Apple has used in the past to park release names for macOS iterations ahead of launch.

If that’s not enough confirmation, references to realityOS were previously discovered in App Store upload logs and the code for iOS 15.4 beta 2.

We may see at least some kind of a mixed reality announcement from Apple during WWDC. The event has historically been software-focused for the most part, so we might see Apple introduce (or at least announce) realityOS instead of the actual hardware that will run it.

Unveiling realityOS at WWDC will also give developers time to acclimate to and create content for it before Apple’s AR/VR headset launches later on.

This isn't just about a headset, either. This represents a new Apple. Over the next year you'll see Apple introduce a range of new products to take advantage of this new Spatial Computing infrastructure. From headphones to displays.

Apple reportedly previewed its mixed reality headset to its board of directors earlier this month, indicating that the product is nearing completion.

All signs point to Apple steadily approaching the mass production stage. However, the launch timeline for the Cupertino, California-based company’s first mixed reality device remains in limbo, somewhere between 2022 and 2023.

Streaming service FuboTV announced on Wednesday it has launched three Disney channels within its Premium package. Available now are the Disney Channel, Disney Junior and Disney XD. According to FuboTV, these new Disney channels are part of the company’s partnership with STACKTV, which began last year and added Global, HGTV Canada, Food Network Canada, W Network, […]
Gary Ng
6 hours ago