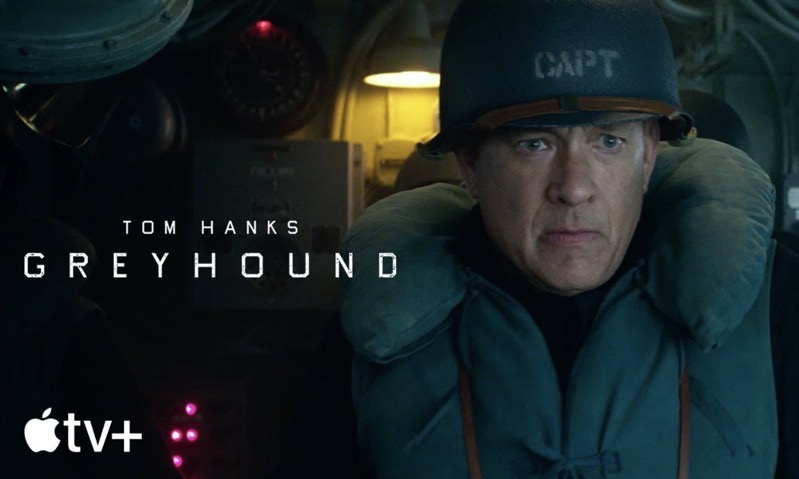 Apple TV+ premiered Tom Hanks’ new WWII film, Greyhound, on Friday. After sharing an inside look behind the Battle of the Atlantic earlier in the week, Hanks is back in another promo for the film.

The nearly three minute clip is titled, “Inside Look: High Stakes at Sea”, with Hanks, his supporting cast and crew sharing insight into the movie, which chronicles Captain Ernest Krause (Hanks) leading a convoy of 37 ships across the Atlantic Ocean to reach Great Britain, during WWII.

We watched Greyhound last night and the movie did provide some thrilling action for the entire duration, but I felt there wasn’t enough backstory for the characters in film, aside from some basic info about Hanks.

Greyhound is relatively short at just one hour and 30 minutes long, compared to another classic Hanks war film Saving Private Ryan, which spanned three hours and left you stunned in theatres. Overall, Greyhound is worth watching but didn’t feel like it lived up to the hype. Maybe Hanks had a point about the experience of watching the film at home versus in theatres.