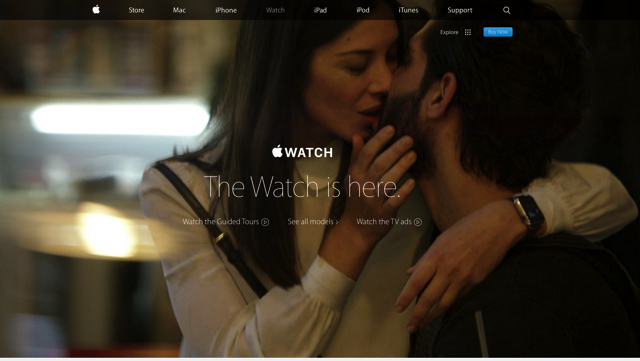 It’s that day of the year Apple Watch buyers have been waiting for: The first wave of Apple Watch devices are being delivered to users in the nine countries, Canada included. Apple has updated its website with the long-awaited message: “The Watch is here”.

Alongside a website redesign, the company has also released three new Apple Watch ads on its official YouTube channel. The ads are entitled, “Rise”, “Up”, and “Us”, and each one focuses on the everyday activities the Watch enhances.

The first ad, “Rise”, shows how people are using their Apple Watch in regular, everyday activities: It wakes them up, shows incoming messages, helps them commute, gives them information at the airport, and guides them via the Watch’s Maps app.

The second ad focuses on the Watch’s health and fitness features, while the third ad, “Us”, shows off the new ways the wearable helps you to connect with people. The ultimate message of all three ads is “the Watch is here”.

Which one is your favourite?