When the Apple Watch launches, a torrent of apps will be ready for the smart watch, which will include the likes of Desjardins, whose logo was shown during yesterday’s Spring Forward special event.

According to the Globe and Mail, other apps coming include ones from Air Canada (spotted during yesterday’s keynote), while Montreal-based Transit App intends to release an app as well (their logo was similarly shown on stage): 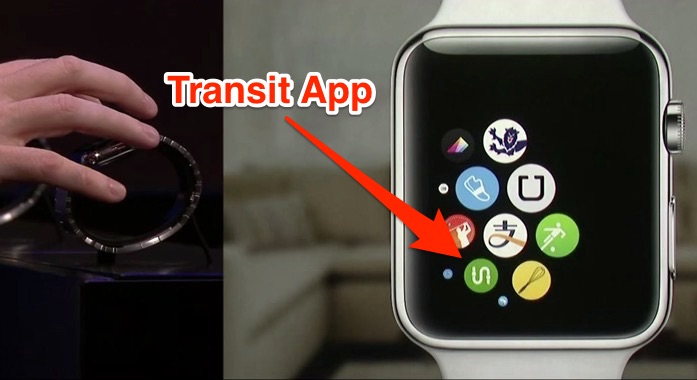 But can your Rolex do this? pic.twitter.com/MFVleF5Dbn

The Globe and Mail also confirmed it also has plans to release an Apple Watch app. The publication was unable to get clarification from Apple regarding how the company approves potential Apple Watch app submissions, which reportedly require another layer of approvals and tests, says the Globe.

Apple has reportedly been inviting developers to Cupertino to test and perfect their Apple Watch apps in secret, under strict non-disclosure agreements, which also includes not publicly revealing their apps before the device’s launch on April 24.

Meanwhile, the Apple Watch website also lists PayByPhone (which is used throughout select Canadian cities) and Mint Personal Finance, which does support Canadian accounts. Other watch apps we can expect according to MobileSyrup include ones from theScore and WestJet.

What apps do you want to see appear on your upcoming Apple Watch? You can see a compilation and demo of apps on WatchAware.