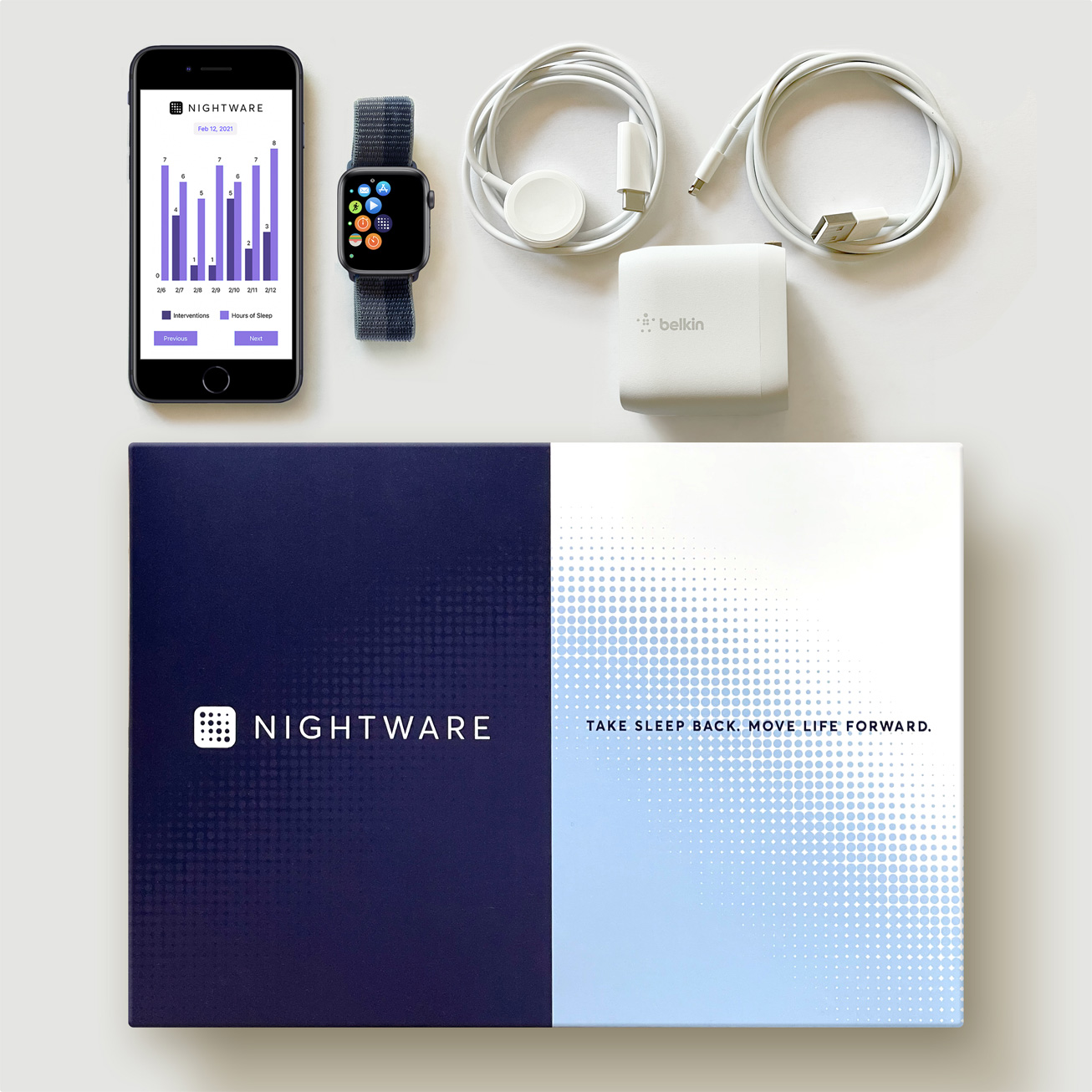 There’s a new digital therapeutic called NightWare for folks who suffer from post-traumatic stress disorder (PTSD)-related nightmares, and it has the iPhone and Apple Watch at its heart.

“NightWare is a digital therapeutic system that works in conjunction with Apple Watch and iPhone to disrupt nightmares related to post-traumatic stress disorder,” Apple explained.

The treatment is only available by prescription, and it is the first and only FDA-approved digital therapeutic for treating nightmares.

“NightWare uses information from the Apple Watch heart rate sensor, accelerometer, and gyroscope to detect a nightmare and then disrupt it through haptic feedback, generating gentle pulses on the wrist that gradually increase until the user is roused from the nightmare, but not from sleep.”

80% of PTSD patients suffer from nightmares, and NightWare can help.

NightWare comes in a kit with a dedicated closed-system Apple Watch SE and iPhone SE that are programmed to only use the NightWare app and have other functionalities disabled. It uses the same principle as service dogs who gently nudge their owners to snap them out of a nightmare.

The first NightWare prototype was created by Tyler Skluzacek in 2015. Skluzacek was studying computer science at Macalester College in Minnesota at the time and wanted to see if he could help his two-decade military veteran father’s PTSD with technology.

Grady Hannah, CEO of NightWare, believes it was made possible through Apple’s ecosystem. “We had to get an independent security audit and submit it for FDA clearance,” said Hannah.

“And because NightWare runs on iPhone and Apple Watch, I think the quality and security of those products were key factors in getting that clearance. It’s important to us that NightWare is functioning optimally for so many people who have given so much of themselves.”

Apple has been pushing deeper into the health and wellness space for years now, and the Apple Watch is central to its strategy. From highly-detailed sleep monitoring to accurate heart diagnostics, the Apple Watch has a lot to offer.

Earlier this year, an Australian research institute set out to validate the Apple Watch’s ECG (electrocardiogram) functionality for use in treating pediatric cancer patients.

Head over to Apple’s website to learn more about NightWare.