Apple is preparing its retail store staff for the try-on and pre-order period: sources speaking with 9to5Mac and MacRumors detail how the forthcoming testing process will work.

The Apple Watch will be available for pre-order starting April 10, but before jumping on any model, customers can walk into an Apple Store and try it on. Although their time spent with the Apple Watch will be limited to 15 minutes — alongside an employee, who will guide the hands-on experience — this should be enough to make a decision. According to 9to5Mac, customers don’t necessarily need an appointment to try the wearable before buying it. 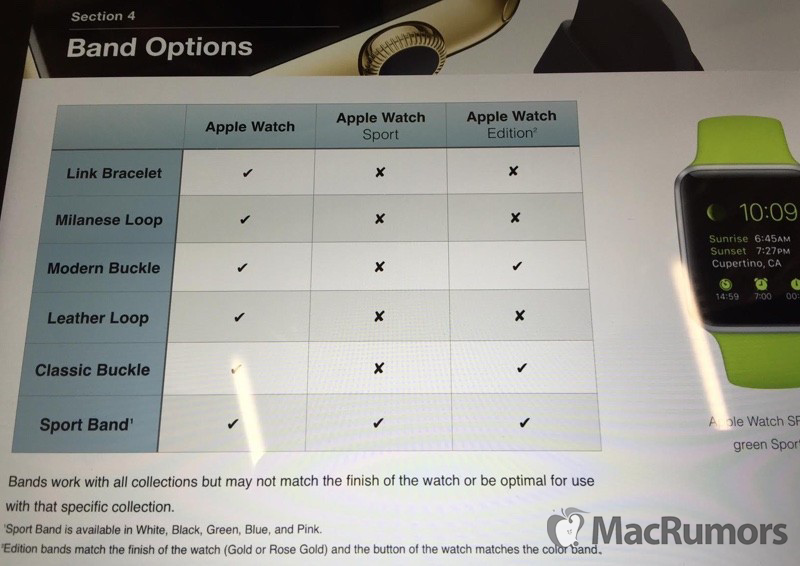 Also, each Apple Store will receive a special Apple Watch hands-on table, sources say. Most stores will receive one table with 10 surrounding Apple Watch try-on stations, writes 9to5Mac’s Mark Gurman. The stores will be rearranged overnight on April 9 as Apple gets ready for the testing period starting April 10.

Employees will also get another round of Apple Watch training, and next week special meetings will take place where the staff can go hands-on with the watch. For some, this will be their first time.

According to 9to5Mac, Apple will split its staff into four “zones” as the try-on period begins for a better customer experience. There will be employees just to show off the wearable, other staff just for sales, and a separate army of employees specially trained to assist buyers interested in the high-end Edition models of the Apple Watch.

All Watch models will be available for pre-order on April 10 and in store in nine countries on April 24. You can check our price matrix here.