If you missed today’s Spring Forward special event, where Apple announced a new 12-inch Retina MacBook, MacBook and MacBook Air refreshes, and most importantly Apple Watch pricing (yes, Canada is part of the launch), you can see the entire replay on the company’s website now. 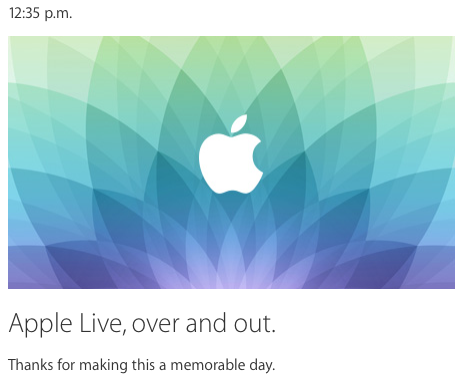 Just click this link to watch it—make sure you’re using Safari or an iOS device.