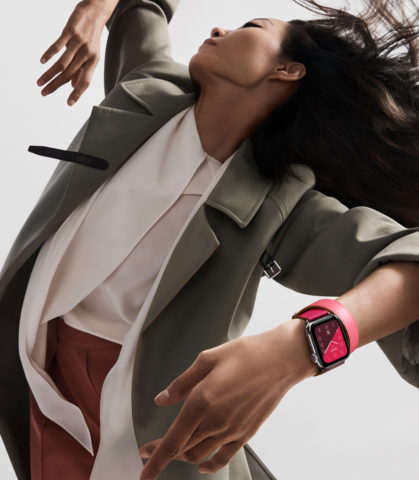 When the Apple Watch Series 4 was first unveiled in September, it was praised for its new health-centric features, among other things. Not only can the smartwatch detect signs of heart disease, but it can also sense when users have taken a tumble and, in response, offer to notify emergency services.

Now it appears the fall detection feature, which leverages the wearable’s motion sensors to detect an unforeseen fall to the ground, could have saved its first life. According to a new report from 9to5Mac, the Apple Watch Series 4 recently intervened on behalf of a man in Sweden with debilitating back pain, who collapsed at home while his kitchen stove was on.

Swedish man Gustavo Rodriguez, 34, was in his kitchen cooking on Friday when he suddenly felt a strange sensation in his back — which quickly turned into crippling pain.

“It felt like someone pushed a knife in my back,” Rodriguez told Swedish-language publication Aftonbladet.

Rodriguez collapsed to the floor, where his pain increased to the point of almost blacking out. For a few minutes, he was not able to move. Just then, however, his new Apple Watch Series 4 buzzed him with a notification asking him if he would like to call 112 — Sweden’s emergency services phone number.

While Rodriguez didn’t end up calling, he did drag himself into his living room where he called his mother-in-law from his Apple Watch — his iPhone was left in the kitchen.

There have been a number of stories of Apple’s flagship wearable saving someone’s life, mostly attributable to its heart rate sensor and SOS feature. But this is the first reported instance we’ve seen of a report mentioning fall detection, which recently debuted on the Apple Watch Series 4.