Apple May Have Shipped Only 22% of U.S. Apple Watch Orders This Weekend: Slice

Some had the luck on April 10: they were able to pre-order the highly anticipated Apple Watch and got a “friendly” delivery estimate. While Apple will be quiet about the number of Apple Watch pre-orders and orders, market research company Slice Intelligence says 1.7 million units were ordered since April 10 in the US alone. 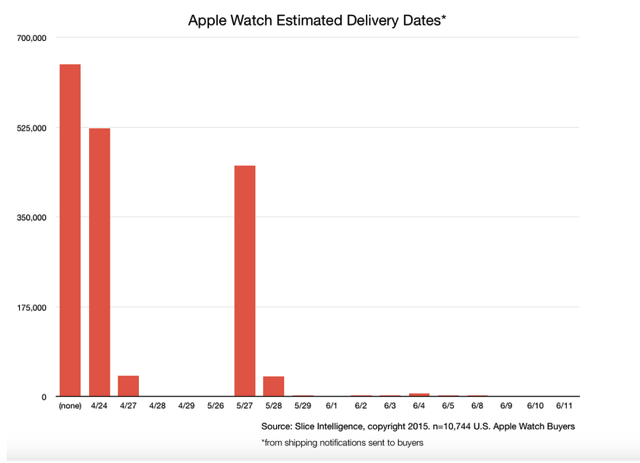 With the Apple Watch launch the company took a different launch strategy: if we are to believe Slice’s data, only 376,000 of the 1.7 million units were delivered to US customers over the weekend. 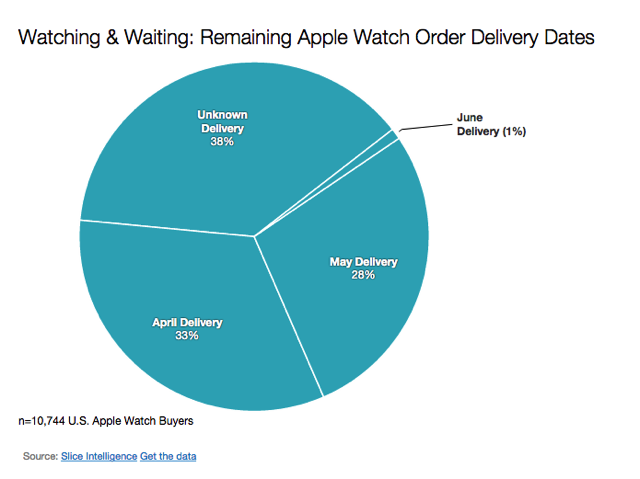 So now that the initial “pre-order supply” has arrived, can we expect an avalanche of Apple Watch units coming toward their future users? Well, not so fast, says Slice: “A remaining 547,000 watches are expected to ship between April 27 and June 11, and 639,000 people will continue watching their email for word of when an additional 647,000 Apple Watches will start hitting doorsteps across the US, according to shipping notifications sent to Slice Intelligence’s panel of 2 million online consumers.”

In which stage is your Apple Watch order now?