On the first day of availability Apple received an estimated 957,000 Apple Watch pre-orders in the US alone, Slice Intelligence say. The data is based on e-receipt data from a panel of 2 million online shoppers. 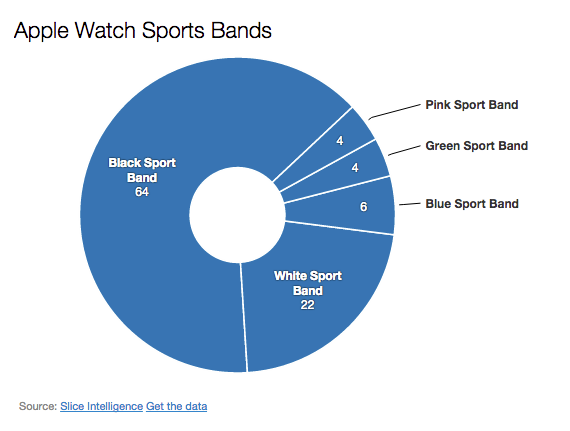 As expected, the most popular Apple Watch was the Sport model, which is the entry-level wearable, starting at $449 (CAD) and $519 (CAD). Also, 71% of consumers went with the larger 42 mm case. It is interesting to note here, that the percentage of Sport buyers opting for the smaller 38 mm version was higher, 32%, compared to the 24% of buyers opting for the stainless-steel Apple Watch model.

A non-scientific poll had already suggested and the Slice Intelligence data corroborates that the most popular case is the Space Grey aluminum one (the choice of Phil Schiller by the way): 40% of buyers went with this option. The Black Sport Band turned out to be a favourite: 49% of overall buyers went with that version. 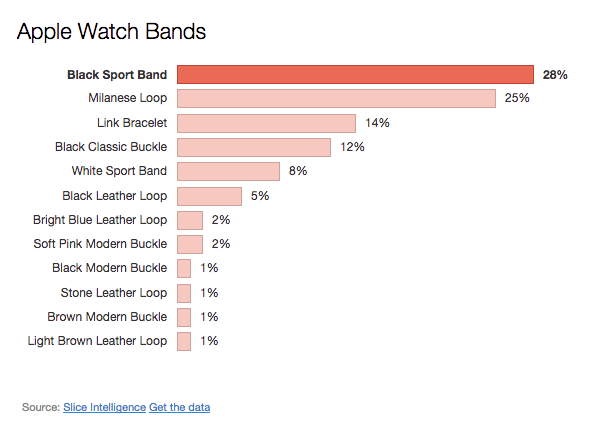 As it turns out, a 72% majority Apple Watch buyers have purchased an Apple product in the past two years (it’s likely they have bought an iPhone, because you need one to make it work), and 21% pre-ordered an iPhone 6 or iPhone 6 Plus about a month ago, the Slice Intelligence report reads.

Following the acquisition of animation production company Dynamo Pictures, Nintendo has launched a brand new website for its 'Nintendo Pictures' branch. At the time of the acquisition, it was known that Nintendo had plans to rename the Japanese company. Nintendo also previously announced its intentions to utilize the company's specialties to focus on  "producing visual...
Steve Vegvari
8 mins ago