Apple Watch Retail Training Begins Ahead of Launch in April 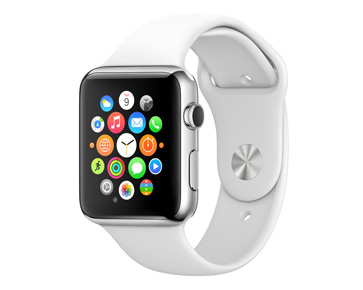 According to a new report from 9to5Mac’s Mark Gurman, Apple has started training its retail employees about the upcoming Apple Watch.

The report suggests that Apple has started training retail store employees in multiple countries, including the United States and United Kingdom. The company may also be flying out select Apple employees to various retail stores to assist in the training process.

“The training is said to not divulge many new details, but the beginning of the training program does represent Apple’s first move on the retail employee level in preparing for the Watch.”

Several reports have suggested that Apple will house the pricey 18-karat gold Apple Watch units in safes overnight. Apple’s retail stores will be outfitted with safes that will reportedly include built-in MagSafe chargers to keep the demo units charged, while protecting the expensive devices overnight.

Last month, Apple CEO Tim Cook confirmed that the development of the device is on schedule. Apple is scheduled to release the Apple Watch in the United States in April 2015 with a starting price tag of $349. The device will come in three models, including a standard model, sports model, and a luxury 18-karat gold Watch Edition.

Although Apple has not officially stated a release date for the new wearable device in Canada, the extended retail training in multiple countries suggests the Apple Watch will quickly expand to countries around the world.