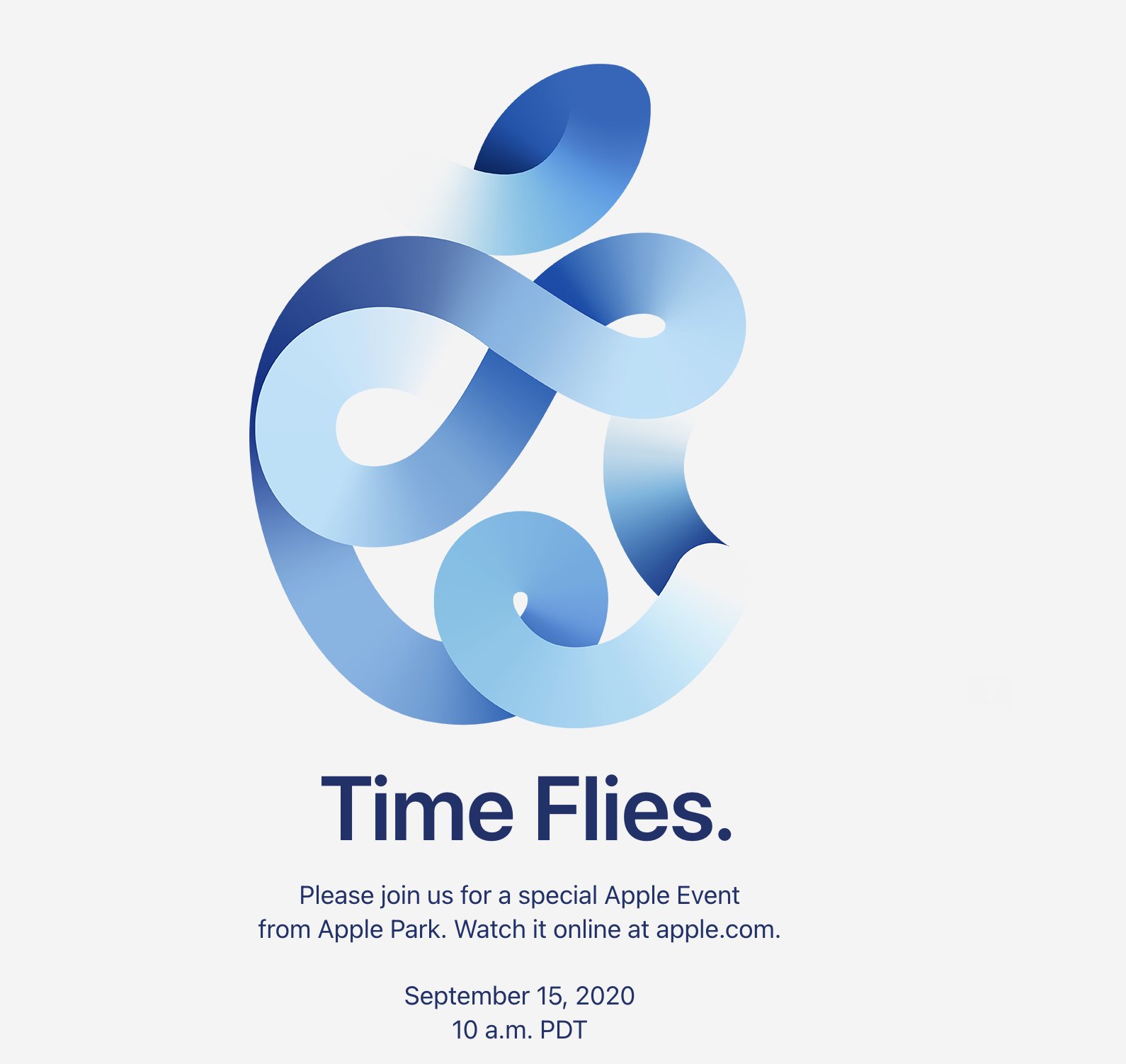 Earlier today, Apple announced a special event would be taking place on September 15, 2020. Many expected this event would announce its upcoming iPhones, but according to Bloomberg’s reliable Mark Gurman, that may not be the case.

According to Gurman, the Apple event invite sent to media has the tag line “Time Flies”, hinting the announcement is related to Apple Watch. This tag line mention is not on Apple’s website.

Gurman says Apple’s new iPhones won’t launch in September, but rather in October. Apple said during its recent earnings call iPhones this year would be delayed a “few weeks” due to COVID-19.

“I am told Apple won’t announce the iPhone until October. This is for the iPad and Apple Watch in all likelihood,” said Gurman additionally on Twitter.

Others such as The Verge’s Nilay Patel is hearing the same thing.

What to expect at Apple’s special event? Bloomberg says Apple is “preparing new high-end and low-end Apple Watches as well as a redesigned iPad Air with an edge-to-edge screen.”

Other goodies Apple has in the works include a smaller HomePod, plus Apple-branded over-ear headphones set for later this year, instead of the usual Beats branding for the first time.

It’s not that unusual for Apple to hold two fall events. A couple of years ago, we saw a September iPhone event take place, followed by an October event for iPad Pro and MacBook.

But in 2020, we may see things switched up due to COVID-19, with an Apple Watch and iPad event happening first, followed by iPhone in October. 2020 is the year just keeps on giving, throwing us non-stop curveballs.