Apple is set to debut a Made for Apple Watch program, which will allow company approved third party bands, as detailed in new band design guidelines posted on the company’s Developer site for the smartwatch. 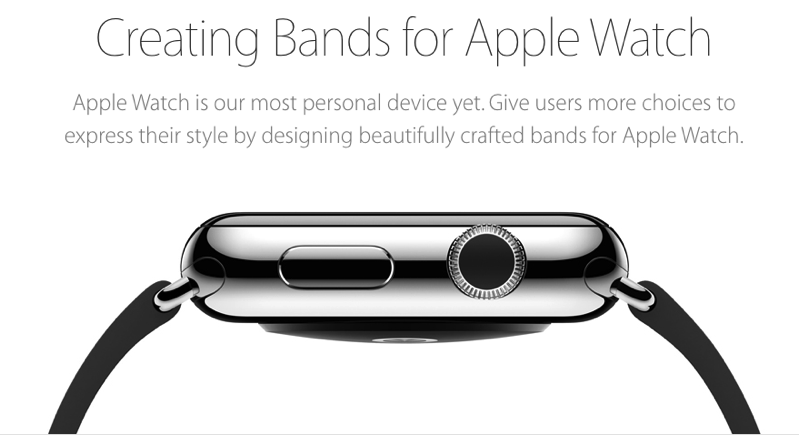 Apple says Bands for Apple Watch must similarly integrate two lugs to securely attach to the smartwatch, while exposed edges and lugs “must pass UL 1349 tests for sharpness of edges on equipment and BS EN71-1:2014, Safety of Toys – Mechanical and physical properties.

Apple Watch schematics for both 38mm and 42mm models were posted within the guidelines document, detailing exact specifications (they are essentially similar to Apple’s iPhone schematics for case makers): 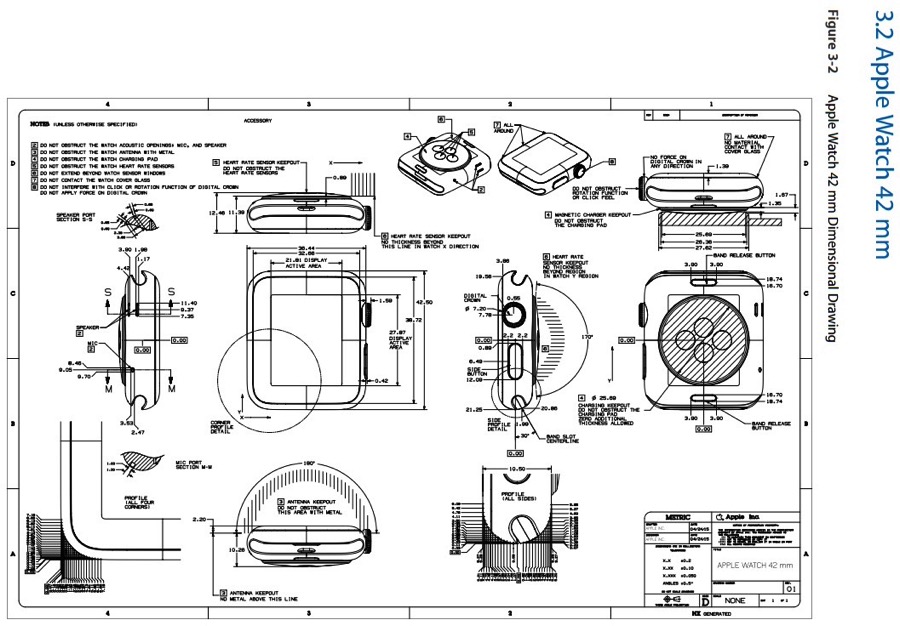 Earlier today, makers of the ‘Reserve Strap’ claimed the 6-pin diagnostic port found on Apple Watch was capable of providing a charge for the device.

Get ready for ‘Made for Apple Watch’ third party bands and accessories should be coming soon for your Apple Watch. The program allows Apple to approve third party designs to ensure they allow Apple Watch to function properly, while similarly giving customers piece of mind accessories won’t damage their watch. It’s essentially the Made for iPhone/iPad/iPod program but for the Apple Watch.

Readdle has just rolled out a major productivity update for its cross-platform Spark email client, introducing an all-new Home Screen, Smart Inbox, Priority Email, Gatekeeper email blocking, and more. "We have more “wants” and “needs” than we have the capacity to fulfill," noted the developers while announcing the expansion of Spark beyond Mac, iOS, and Android...
Usman Qureshi
8 mins ago

Tesla CEO Elon Musk looks to be giving up on terminating his $44 billion USD bid for social media giant Twitter, now proposing to go through with the acquisition on the original terms — reports Bloomberg. According to Bloomberg's sources, Musk proposed closing the deal for the original offer price of $54.20 USD per share...
Nehal Malik
1 hour ago

Google on Tuesday announced new product updates, and its latest includes the debut of the Nest Wifi Pro with Wi-Fi 6E support, the first router from the company that is triband mesh network ready. Wi-Fi 6E (E for Extended) leverages the new less-crowded 6 GHz radio band and offers speeds up to two-times faster than […]
Gary Ng
2 hours ago