We’ve seen the Apple Watch grace the cover of Vogue China along with a 12-page spread in the American edition as well. Now, the Apple wearable has made its way into Vogue France, where a model is shown wearing the smart watch (which looks to be the larger 42mm size), notes iGen.fr: 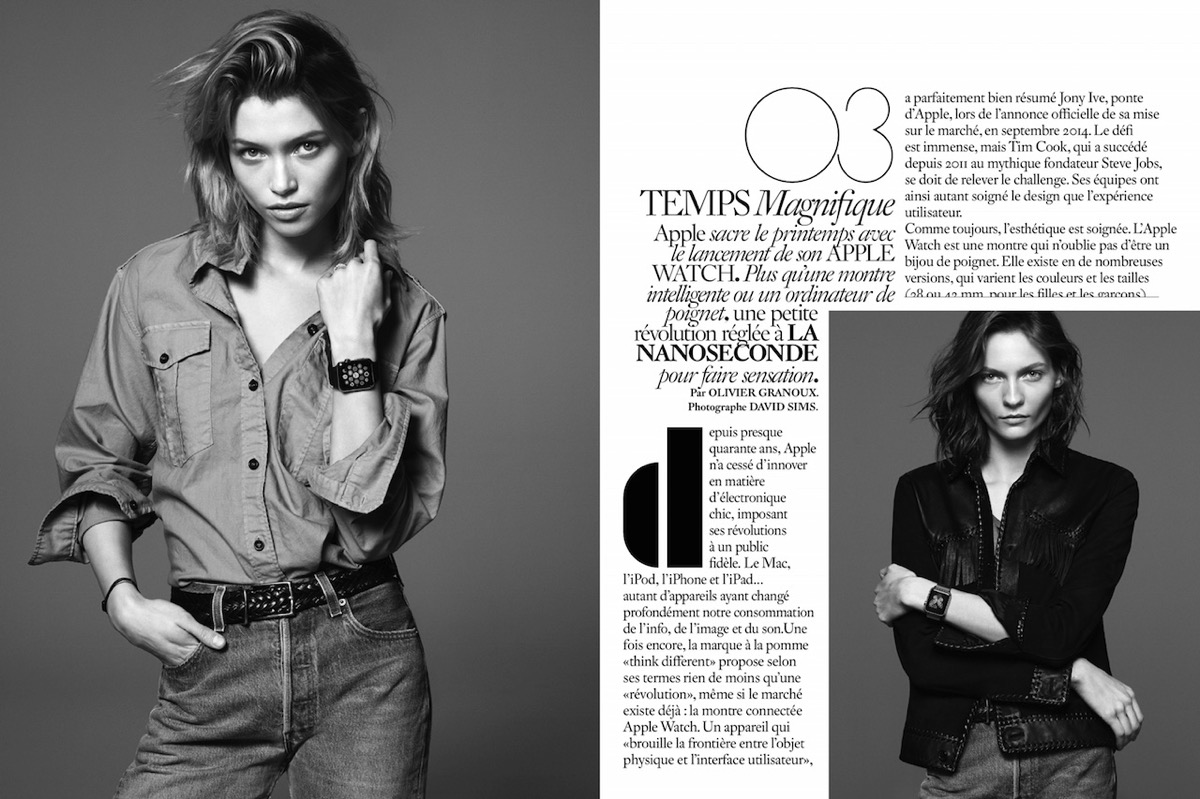 The article doesn’t add any new information, but according to the Google Translation, it highlights how Apple Watch is a jewel for the wrist, while its navigation is ‘elegant and fluid’. The author of the piece also notes ‘welcome to the future’.

Supermodel Candice Swanepoel graced the cover of SELF magazine in the U.S. recently, similarly wearing the larger 42mm Apple Watch.

Anna Wintour is the editor-in-chief of American Vogue, and she most likely helped Apple Watch get coverage in the magazines. The fashion icon also attended the Apple Watch pop-up event at Colette in Paris last September, where she was pictured with Apple design chief Jony Ive.

Earlier this morning Apple announced a March 9 special event, most likely to share more details about the Apple Watch.