Apple on Tuesday was awarded a patent for an “Advanced Security Product Table” by the U.S. Patent and Trademark Office (PTO) — reports Patently Apple. 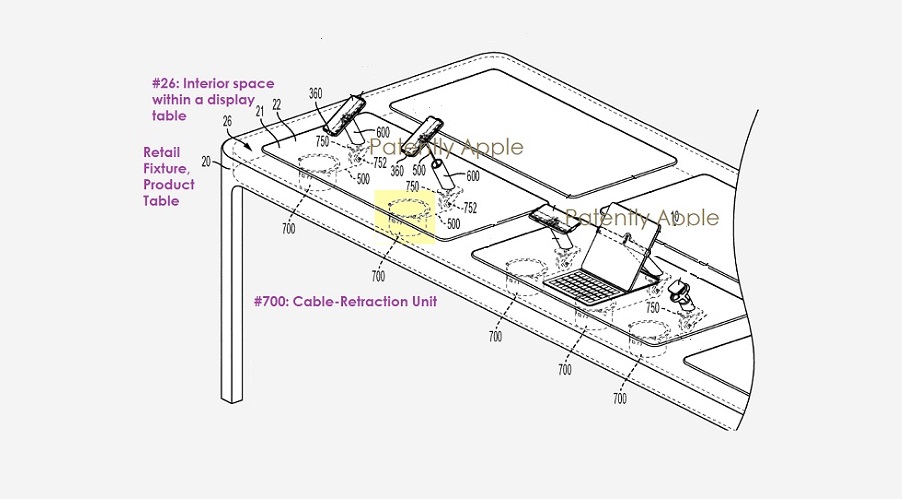 The patent appears to be for new product display tables at Apple’s retail locations and is designed to better secure the demo devices Apple showcases throughout its stores and prevent grab-and-run robberies, which the iPhone maker has seen quite a few of in recent years.

Back in 2013, thieves crashed a car into an Apple store in Berlin to steal Macs and iPhones.

Bad actors haven’t felt the need to be as brazen in recent years, though — since Apple removed anti-theft dock connectors from display devices back in 2016, there have been instances where shoplifters have simply waltzed into a store, grabbed a few demo devices, and walked out as they did in Calgary in 2019 and California in 2018.

Apple started deploying a software kill switch to all display devices that disables them as soon as they’re removed from the store, but that hasn’t been enough to dissuade would-be robbers. 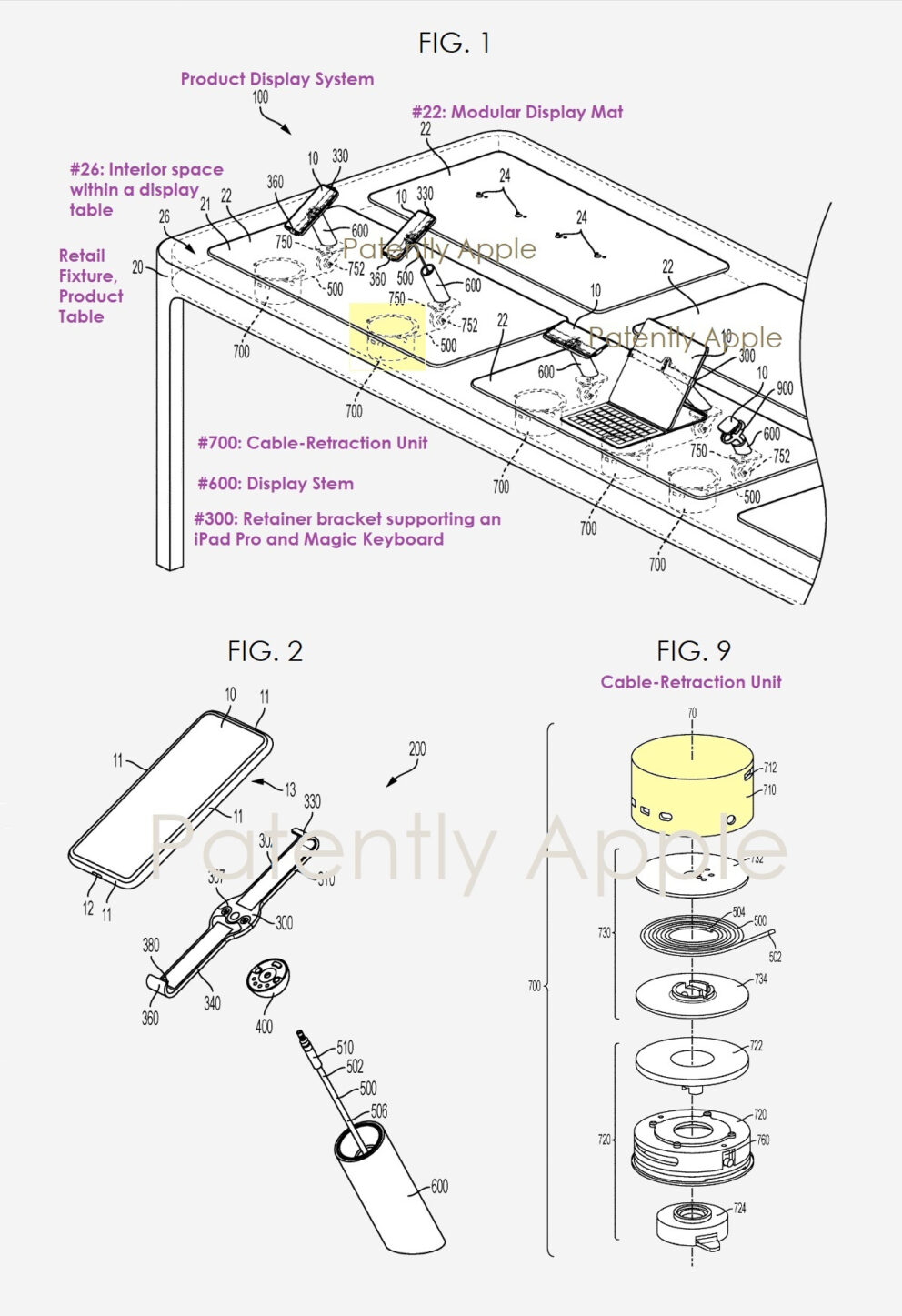 The cabling system tethers each display device to the table, but also allows users to pick up a unit to a comfortable level for most products, unlike some anti-theft systems at retail stores that will only allow a tablet to be raised inches off the table.

The cabling system is specifically designed to allow maximum freedom while ensuring that the product can’t be removed from the table, at least not without triggering an alarm.

Also detailed in the patent is a security system to prevent unauthorized removal of products from the display area.

The patent depicts a security system that consists of an alarm module to monitor the presence of a product (via a data and/or power connection, for example). The module will likely be rigged to sound an alarm if the system detects that a product has been disconnected from the display area or otherwise tampered with.

The display units themselves may also monitor the presence of the alarm module (using the same wired connection), triggering an alarm on their end as well if they are disconnected from the security system.

If and when Apple implements this newly patented product display system at its stores, the Cupertino, California-based tech giant would be wise to continue maintaining software kill switches on all display units to further dissuade shoplifters.