Fortune has announced its annual list of the ‘World’s Most Admired Companies’ for 2017 and once again, Apple has come out on top for the tenth consecutive year. The iPhone maker is followed by Amazon, Starbucks, Berkshire Hathaway, and Disney, with arch rival Samsung dropping out of the top 50 list because of Note 7’s exploding batteries, which caused significant damage to both its sales and reputation. 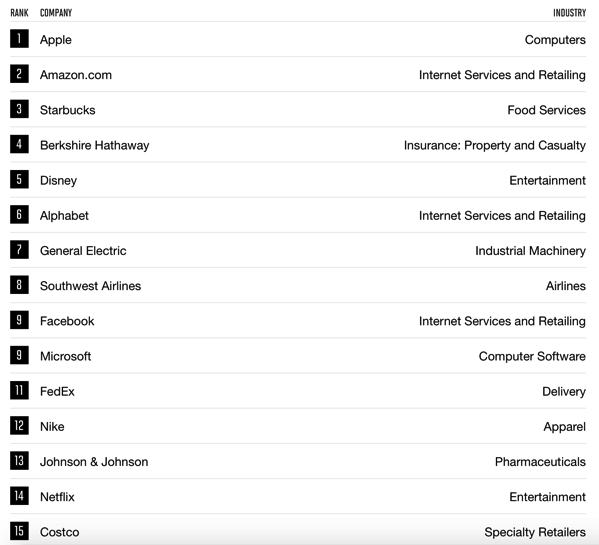 Fortune’s ranking system begins with over a thousand U.S. companies, as well the biggest non-U.S. companies from its Global 500 database. It then draws up a shortlist of 680 companies based on the highest revenues within their respective industries. Lastly, it asks 3,800 execs, directors and analysts to select the ten companies they admire the most to constitute the final list.

The publication notes that it ranks companies through a collection of “key attributes of reputation”, including areas like innovation, people management, social responsibility, and quality of products/services.