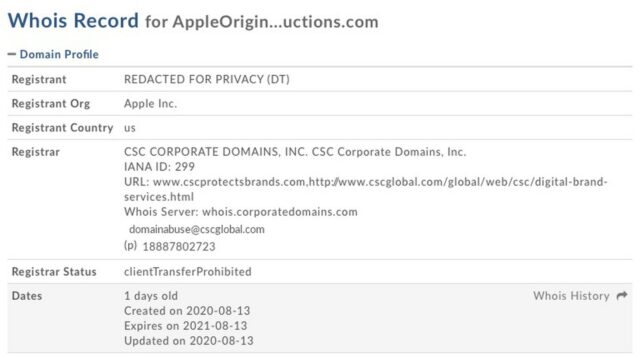 As spotted by MacRumors, Apple is now the owner of “AppleOriginalProductions.com,” with CSC Corporate Domains acting as the registrar. The domain was registered yesterday, August 13.

What the new domain name will be used for is anyone’s guess. It doesn’t currently point to a website and, frankly, it might never do so. Apple has registered domains in the past just to prevent anyone else from doing so and then pointing them to something embarrassing. Or it could be the next face of Apple TV+’s original content.

The company refers to Apple TV+ as “the first all-original video subscription service and home for today’s most imaginative storytellers.”