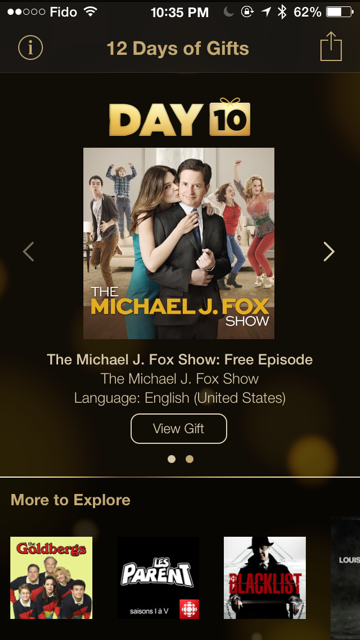 Twitter user @einsteinbqat points out a free episode of Les Parent is also available by swiping to the left. So that makes two freebies today.