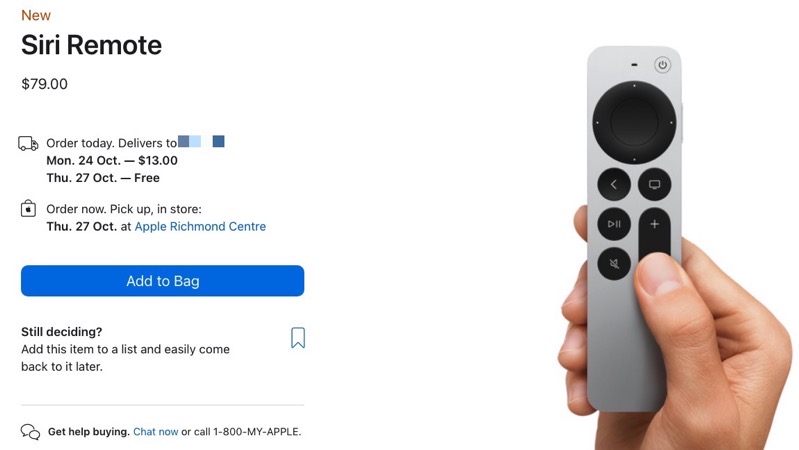 Today Apple announced a new Apple TV 4K in two versions, one with and without Ethernet and Thread networking support, and different pricing and storage.

Apple also updated the included Siri Remote, transitioning to USB-C, away from its old Lightning charging port, as noted on the company’s website.

“The Siri Remote (3rd generation) brings precise control to your Apple TV 4K. Its touch-enabled clickpad lets you select titles, swipe through playlists, and use a circular gesture on the outer ring to find just the scene you’re looking for. With Siri, you can find what you want to watch using your voice. And the latest design includes a USB-C port to quickly recharge,” explains Apple.

The standalone Siri Remote with USB-C can be purchased as well, but this time with a slight price increase to $79, up from $69 in June 2021. Apple today also increased the prices of all iPads on its website.

After using the latest Siri Remote with its improved buttons and clickpad, using the old touchpad style remote in the basement is a real #firstworldproblem.

Click here to buy the 2022 Siri Remote with USB-C on Apple.ca.