Join the Angry Birds as they celebrate unique seasonal events from around the world. Enjoy the addictive physics-based gameplay you love, but with an exciting twist. Rovio’s latest update to the app allows you to hit the court for the 2015 NBA All-Star Game.

Slam through an all-new set of All-Star themed levels in the NBA Ham Dunk episode!

– Free throw! Use one free Shockwave per level in new All-Star levels.

In addition to the NBA All-Star update, download and enjoy:

– UNIQUE POWER-UPS that give you the edge in tricky levels! 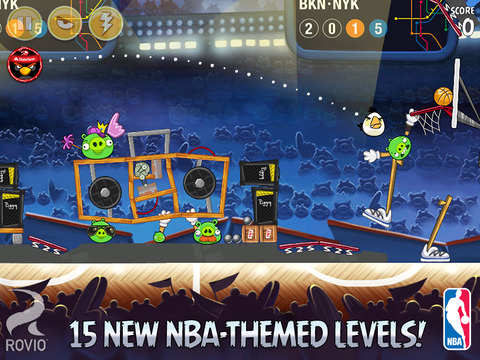