According to the latest insights from Opera Mediaworks, Apple continues to be the leader in mobile advertising revenue by a significant margin. 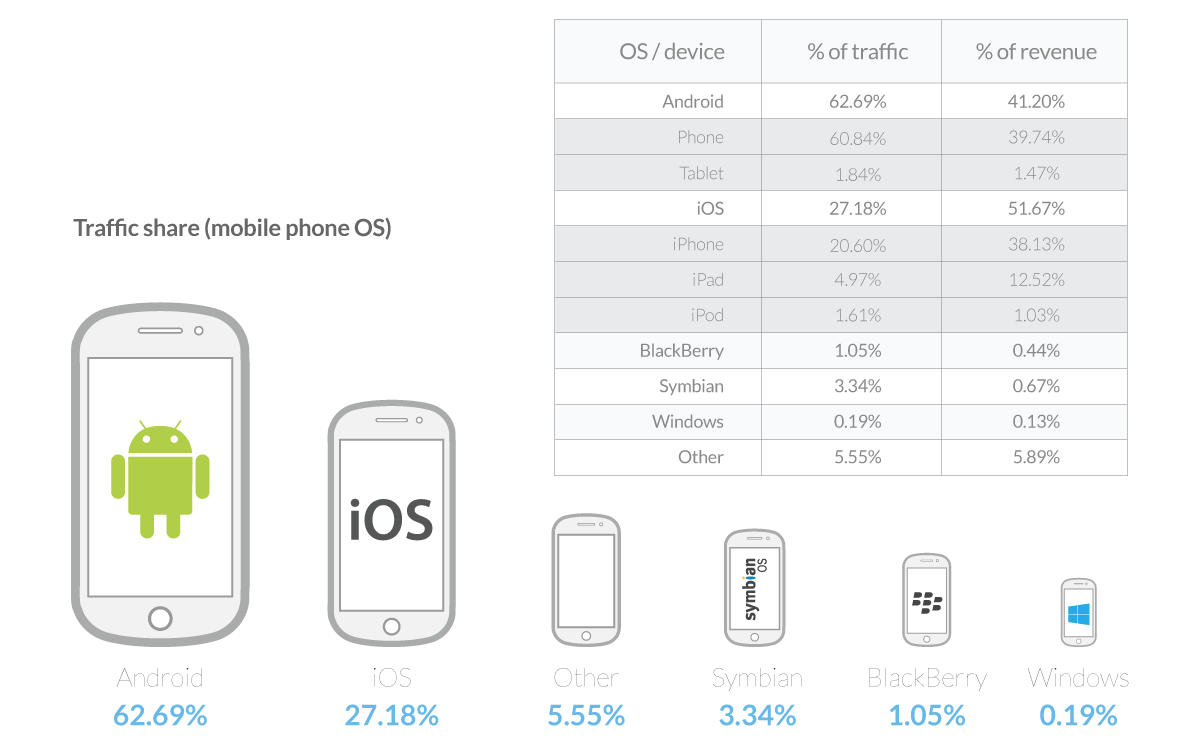 The report notes that iOS captured 51.67 percent of ad revenue and 27.18 percent of traffic during 2014. On the other hand, Android came in second with 41.2 percent of mobile ad revenue even though they had 62.69 percent of all mobile traffic.

“In Q3, we observed that Android was beginning to close the gap in revenue, rising to nearly 42% of revenue compared to iOS’s 51.2%. In Q4, though, that trend did not continue, and we can see Android’s revenue share (41.2%) and iOS’s share (51.7%) comparable to the previous quarter, showing stabilization, with iOS maintaining a clear lead.”

The mobile advertising business is largely a race between Apple’s iOS and Google’s Android. BlackBerry, Symbian, and Windows Phone each accounted for about one percent of traffic and less than one percent of mobile ad revenue.

“Apple’s blockbuster past quarter for iPhone sales should bode well for its ability to continue to lead the pack in terms of mobile monetization, not least because the new iPhone 6 and 6 Plus both offer larger displays that are more conducive to the kinds of high-revenue ad formats iOS users are already more susceptible to, including rich media and video spots.”

The most common activities that lead to the traffic volume and mobile ad revenue generation are games, social networks, music, videos, and media consumption.