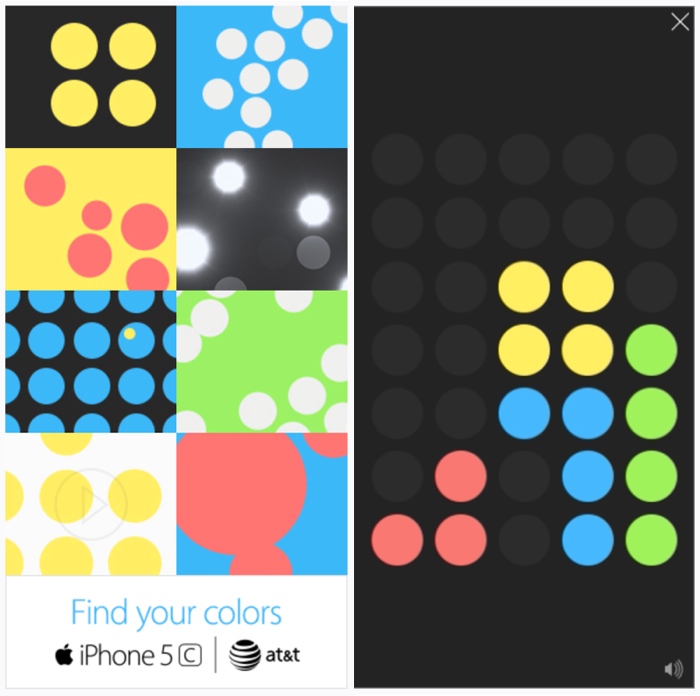 Earlier this month, Apple showed off multiple iPhone 5C ads on Tumblr, each of which was around 15 seconds long and played several songs while showcasing the colourful dot patterns featured on the back of the 5C when it is covered by Apple’s silicone case.

The advertisements will randomly play to a collection of popular music tracks, for example, Nena’s “99 Luftballons” plays when viewing the clip which shows a cloud of red gallons that morph into the iPhone 5C’s case.

The ad campaign is a strange one for Apple, seeing as they usually take on TV or print ads and tend to avoid online ads.

The reason for the campaign is unknown, but it could be due to a lack of iPhone 5C sales. In January, Apple CEO Tim Cook said that the demand for the 5C was different then expected.