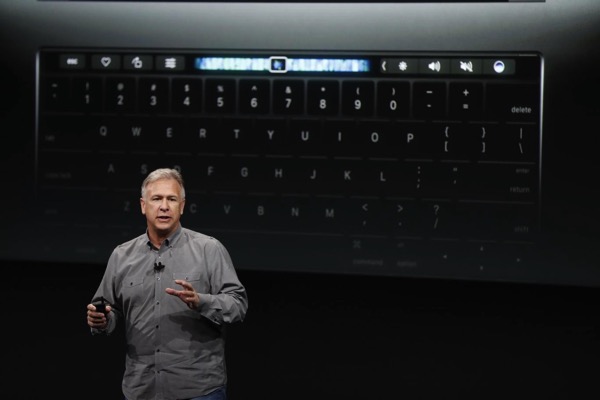 The Telegraph has posted a new interview with Apple’s SVP of Worldwide Marketing Phil Schiller, where he discusses the iPhone X, a rash of software problems that have damaged Apple’s reputation, and Augmented Reality (AR).

Schiller’s day-to-day responsibilities extend beyond his title. He is credited with the design of the spin wheel on the original iPod, running the App Store, and his deep involvement on the development of the first iPhone.

Schiller first started by commenting about the iPhone X, which he called the first true next-generation iPhone. He said:

“We wanted to create something that was even more aggressive, even more of a departure from where iPhone had been going, and that’s iPhone X. It’s something we haven’t offered that way before but it’s worked really well.”

The next topic Schiller was asked about the delay of the HomePod, which is undoubtedly hurting Apple not having the product out for the holidays. Schiller is unapologetic about refusing to hit a deadline for the sake of it. He said:

“I’ll just say that it’s not ready yet. One of the things a lot of our customers appreciate is that we’re never afraid to wait to ship something.”

Over the past few weeks, there have been a rash of software problem that have hit Apple, including an embarrassing security hole in its latest macOS release. Several critics have been asking if Apple is starting to get sloppy. Schiller stated that there “no excuses” but rejects this characterization. He said:

“We just had a bad week. A couple of things happened, that’s all. The team is going to audit the systems and look carefully at the process and do some soul-searching, and do everything that they can to keep this from happening again.”

Lastly, Schiller commented on AR, saying that the company is a super big proponent of it. In a statement, Schiller said:

“It’s just a fundamental technology that’s going to impact so many categories of software, of our experiences with technology. It’s ubiquitous and it makes sense; if the idea is to be able to see the digital world mapped onto the real world you need something that’s with you and mobile. There has never been a technology product category as big as ubiquitous as the phone.”

You can read the entire interview over at the Telegraph.