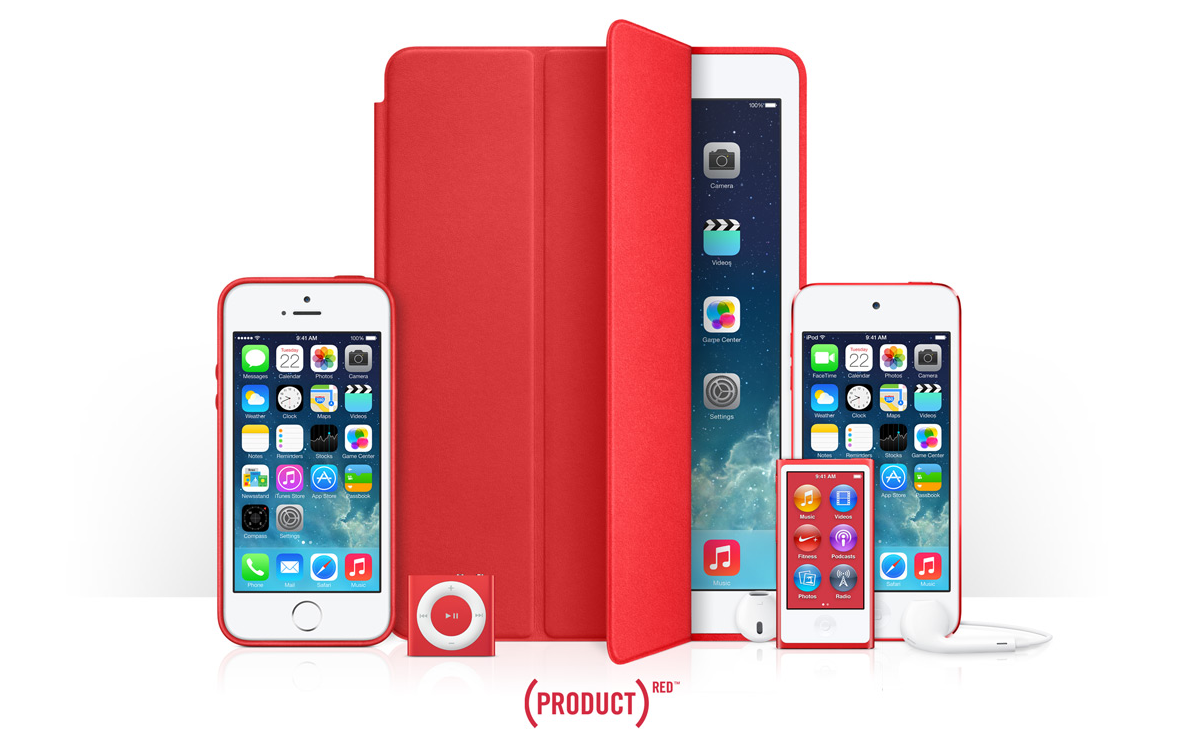 According to a tweet from the (RED) Twitter account, Apple’s (Product) RED contributions to help in the fight against AIDS has reached $70 million. The total is up $5 million from $65 million which was reported in July 2013, with 100 percent of all proceeds going towards the fight against HIV/AIDS in Africa.

Apple has collaborated with (RED) since 2006, releasing a number of devices include special edition iPods, iPad Smart Covers, along with iPhone bumpers and cases. When a customer buys a (RED) product, Apple donates a portion of the proceeds to the charity.

Great news to end the week! Apple’s total for @RED reaches $70 MILLION. 100% goes to fight #AIDS. Thank you all for buying (APPLE)RED.

— (RED) (@RED) April 4, 2014
Jony Ive and Marc Newson also teamed up, along with musician and philanthropist Bono, late last year to auction off products that showcased the very best of design and innovation. The proceeds raised during the Sotheby’s (RED) charity auction was used to help fight AIDS in Africa.

(Product) RED has partnered with several other companies in addition to Apple, including Nike, Starbucks, and Square, and has raised over $200 million since the charity was founded in 2006.

Apple today announced the winner of its inaugural Apple Podcasts Award for Show of the Year. The honour went to Slate Magazine's critically acclaimed narrative history series, Slow Burn, for its latest season, which covers Roe v. Wade. Published throughout June 2022, the four-episode season explores the events leading up to the landmark 1973 Supreme Court...
Nehal Malik
27 mins ago