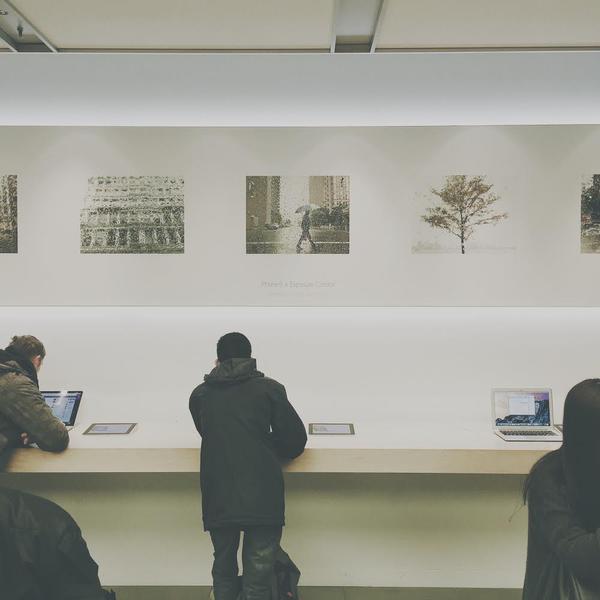 As reported by ifoAppleStore, the visuals teams at Apple’s retail stores are installing new wall graphics, turning them into an art gallery. The wall graphics, which are basically an extension of Apple’s ‘Start Something New‘ web campaign that spotlights artistic applications for iPad, iPhone and Mac, appear to be black-and-white in the pics, although the same photos and illustrations on the web are in bright colors.

“While store graphics have frequently mirrored the design and colors of Apple’s Web pages, this seems to be the first time a specific promotional campaign has spanned both the Web and retail stores. The campaign continues Apple’s advertising focus on the result of using its products, rather than on the products themselves.”

Below are a couple more pics, taken from an Apple Store at Regent Street in London. 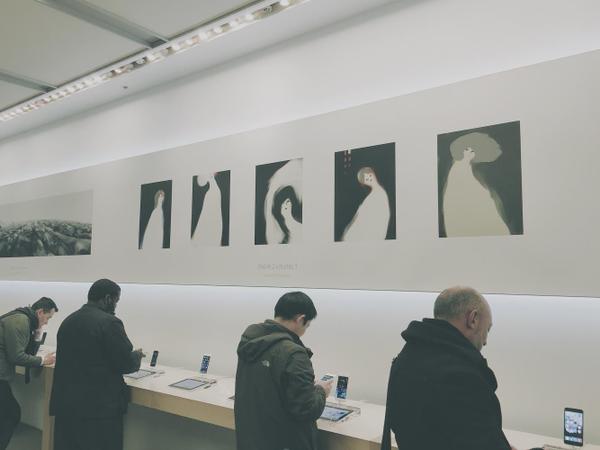 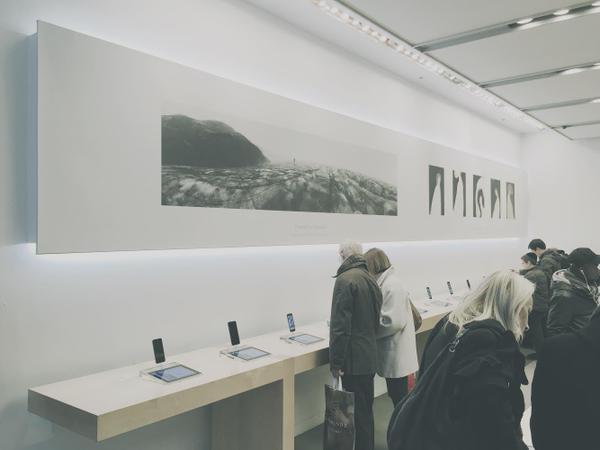