Apple’s Search For Engineers In The Medical Sensor Field Continues

Apple is reportedly moving towards wearable computing devices which include advanced medical sensors. Over the last year we have been seeing more rumours pointing towards a watch-like device, the “iWatch,” with an anticipated 2014 release. During CES this year many companies introduced fitness or lifestyle devices that people can use to track their daily activity and more.

Over the past couple of months, Apple has hired Nancy Dougherty, former hardware developer at Sano Intelligence, and Ravi Narasimhan former Vice President of Research and Development at Vita Connected, a general medical device firm. Apple has been working to grow their engineering team with people who have experience in wearable technology and medical sensors.

Dougherty has worked in the medical sensor development field even before joining Sano Intelligence. Below is a brief description of her former role. 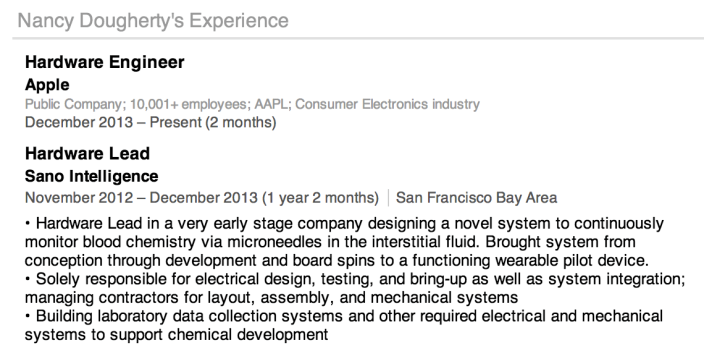 Narasimhan’s role at Vital Connect was a research and development-focused position who managed the teams responsible for biosensors. It is not clear if Narasimhan was a hands-on contributor to the hardware development, but if Apple is looking to create products that use medical sensors, they hired the right person. According to his LinkedIn profile, Narasimhan comes to Apple with a collection of over 40 patents, many of which are related to medical sensors. 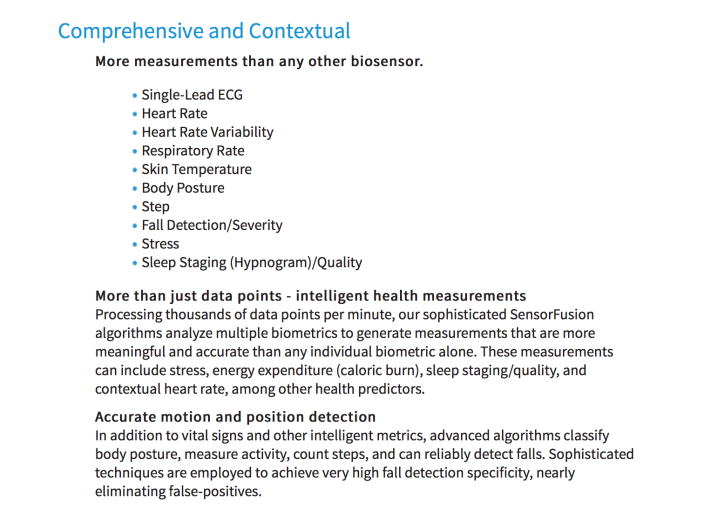 Earlier this week, Google announced they are developing smart contact lenses that would help diabetics by analyzing glucose levels from a person’s tears.

In addition to working on sensors that can monitor a person’s fitness level and heart rate, Apple is actively working on other biometric technologies. These could be ways of improving Touch ID, a fingerprint reader found on the iPhone 5S, or even adding additional sensors to their products like an iris scanner.

In an email sent to employees, Apple’s CEO Tim Cook said, “We have a lot to look forward to in 2014, including some big plans that we think customers are going to love.” In the end, it is still unclear what Apple has planned for 2014, only time will tell.

According to a report by MacRumors, Apple has updated its battery replacement policy for the sixth-generation ‌iPad mini‌, allowing customers to get their batteries replaced without requiring a device replacement. Prior to the announcement, if a customer wanted to get their iPad mini 6 battery replaced, Apple Stores, authorized service providers, and repair centers will give those...
Usman Qureshi
33 mins ago

A new Apple support video has detailed how you can use the iPhone's Safety Check feature to disconnect your device from people, apps, and devices you no longer want to be connected to. You can use Safety Check to check whom you’re sharing information with, restrict Messages and FaceTime to your iPhone, reset system privacy...
Usman Qureshi
44 mins ago