In a rare promotional tie-in, Apple has quietly updated Siri with a series of comedic phrases that relate to the recently released “LEGO Batman Movie” from Warner Brothers.

Whenever you say “Hey ‘puter” (or “Hey Computer”), she responds to you as if you are LEGO Batman. The update is a reference to the animated movie in which Batman, voiced by Will Arnett, calls his personal AI system “Computer,” or “‘Puter” for short. 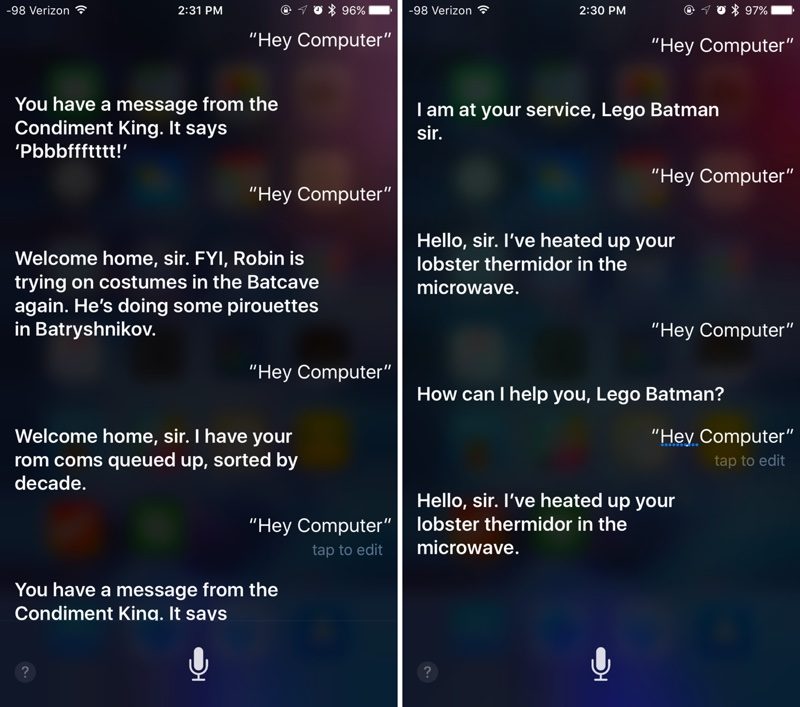 Calling Siri using the phrases above will generate a random phrase pulled from the film. Responses include the following:

Apple is constantly revising its virtual assistant with new phrases and features to keep answers current for iOS, and now macOS, users.