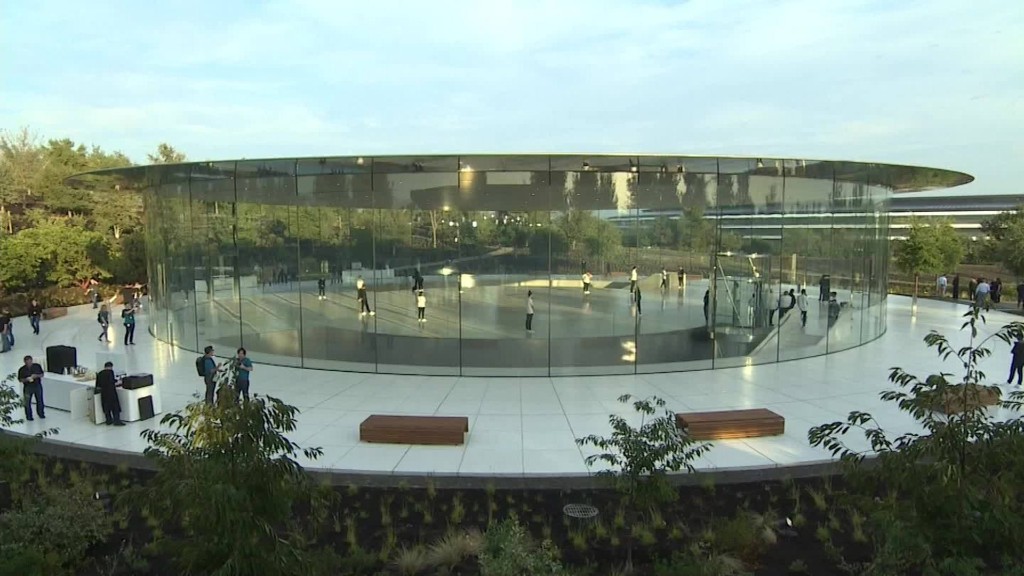 In addition to the new iPhones and Apple Watches that Apple announced during their September event, the company also unveiled its new campus to the public.

The event Apple held a few weeks ago was at the Steve Jobs Theatre, which is located in Apple Park, its new spaceship-like campus. The theatre’s common area is enclosed in glass above ground with the actual theatre and demo area located below ground.

The September 12th iPhone event was the first to be held in the company’s new theatre. Out of all the feature inside the theatre, the one that stands out the most is the rotating glass elevator.

The elevator takes you from the ground floor to the level underground. The elevator rotates so that you don’t need to turn around to exit through the separate door on the other level.

Business Insider’s Steve Kovach was able to ride the elevator on event day. Check out a few videos he took below: