Apple’s Walled Garden Approach to iMessage is Why 87% of U.S. Teens Own iPhones: Report 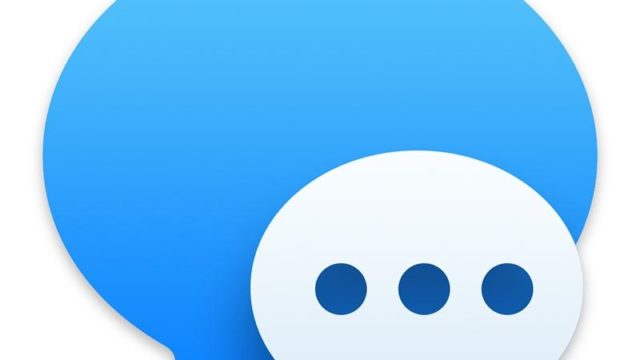 According to research firm Piper Sandler, 87% of U.S. teens surveyed in 2021 own iPhones. A recent story from The Wall Street Journal explores how that came to pass as a result of Apple’s walled garden approach to iMessage, and the social implications of the same.

A lot of the design decisions Apple has made for iMessage are specifically devised to encourage the adoption of devices that support iMessage, which just so happen to be iPhones and iPhones alone, among users.

The most glaring of these often restrictive design choices is the fact that texts from Android and non-iPhone users in an iMessage group chat have green message bubbles rather than the default blue. iPhone users don’t get read receipts for texts on iMessage unless the person on the other end is also using iOS.

What’s more, there is no ellipses icon in iMessage conversations for when a non-iPhone user is typing, Tapbacks (emoji reactions or annotations for texts in iMessage) showed up as text instead of a graphical representation on Android devices until November, Apple’s ‘Animoji’ feature isn’t available to anyone who doesn’t have an iPhone, and screen effects such as animated balloons and confetti are limited to Apple devices.

Soon after Adele Lowitz gave up her Apple iPhone 11 to experience the Android life, a friend in the 19-year-old’s long-running texting group chimed in: “Who’s green?”

Apple’s approach to iMessage can alienate teens from their social circles and create this palpable pressure to switch over to iOS. Teens and college students surveyed have said they dread the ostracism that many tend to face over “green” texts.

“In my circle at college, and in high school rolling over into college, most people have iPhones and utilize a lot of those kinds of iPhone specific features” together, said Lowitz.

She added that she realized Apple had effectively created a social network of features that keeps users, such as her and her peers, locked in. “There was definitely some kind of pressure to get back to that,” she said.

Not every disparity between iMessage and text messaging on Android is a consequence of deliberate decisions made by Apple, though — Android uses an open standard called Rich Communication Services (RCS) for messaging, but incorporating third-party technologies into core device functionality isn’t really Apple’s style.

In addition, RCS probably wouldn’t play well with Apple’s well-touted encryption and security for iMessage. The solution is simple, then: launch iMessage on Android.

Well, not so much. As we learned last year from documents that surfaced as part of Apple’s legal battle against Fortnite maker Epic Games Inc., that option has been on the table at Apple for over a decade and has been lobbied for by several executives on multiple occasions.

However, the company decided against bringing iMessage to Android time and again to maintain the platform’s exclusivity to Apple’s ecosystem.

“In the absence of a strategy to become the primary messaging service for [the] bulk of cell phone users, I am concerned the iMessage on Android would simply serve to remove [an] obstacle to iPhone families giving their kids Android phones,” Craig Federighi, Apple’s Senior Vice President of Software Engineering, said in a 2013 email.

Apple’s walled garden approach extends well beyond iMessage and is essentially true of the entire Apple ecosystem as a whole.

The company has been repeatedly put on blast as of late from courts and government regulators the world over for practices, especially those concerning the App Store and app distribution on its platforms, that are seen as anticompetitive.

Apple's VP of Platform Architecture and Hardware Technologies Tim Millet and VP of Worldwide Product Marketing Bob Borchers recently sat down for an interview with TechCrunch where the pair talked about the tech giant's homemade M-series chips, gaming on Macs with Apple silicon, and more. Millet, who has been at Apple for almost 17 years and...
Nehal Malik
14 mins ago

The National Football League (NFL) and DAZN Group announced on Tuesday to extend their partnership in Canada and globally, with a new 10-year deal that begins with the 2023 season. With NFL Game Pass International, football fans outside the USA will be able to watch every NFL game through the regular season, postseason and the final […]
Gary Ng
24 mins ago