Did you buy anything on Boxing Day? If you’re still trying to find something to spend money on, Amazon.ca has a one-day Lightning Deal right now on Aukey’s Sport Bluetooth Headphones, on sale for 56% off at $21.99, which qualifies for free shipping and Prime. 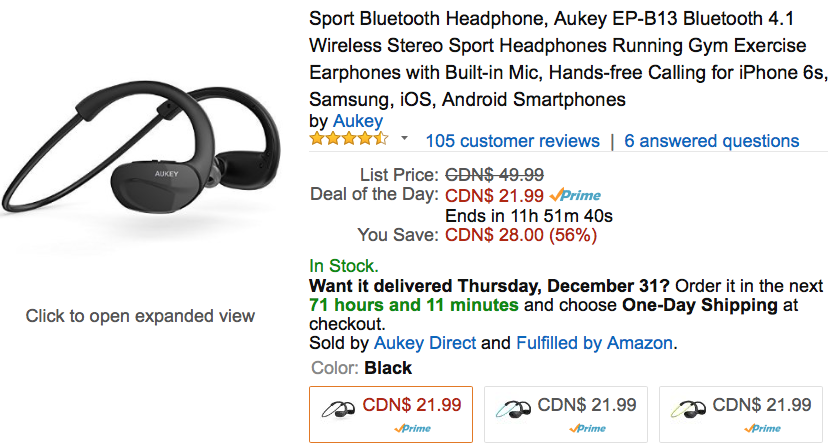 These Bluetooth 4.1 headphones include a built-in mic with noise cancelation technology, plus the around the neck design ensures they won’t fall off during your exercise. Battery life is pegged at 8 hours of talk time and 160 hours of standby.

Aukey products are fairly well-made for the price and come in simple cardboard packaging. These headphones come with a 2 year warranty and will work with your iPhone, iPad and any other Bluetooth enabled device.

Click here to jump on the Aukey Sport Bluetooth Headphones while they they are still available for 11 more hours.

If you’re a Calvin and Hobbes fan (who isn’t?), the digital Kindle editions are on sale for $1.99 (save $8 each). These would be perfect to read on the Kindle iOS app on your iPad. I’ve purchased these to unleash on our son when he’s older, so he can experience the greatest comics of all time, by the legendary Bill Waterson. 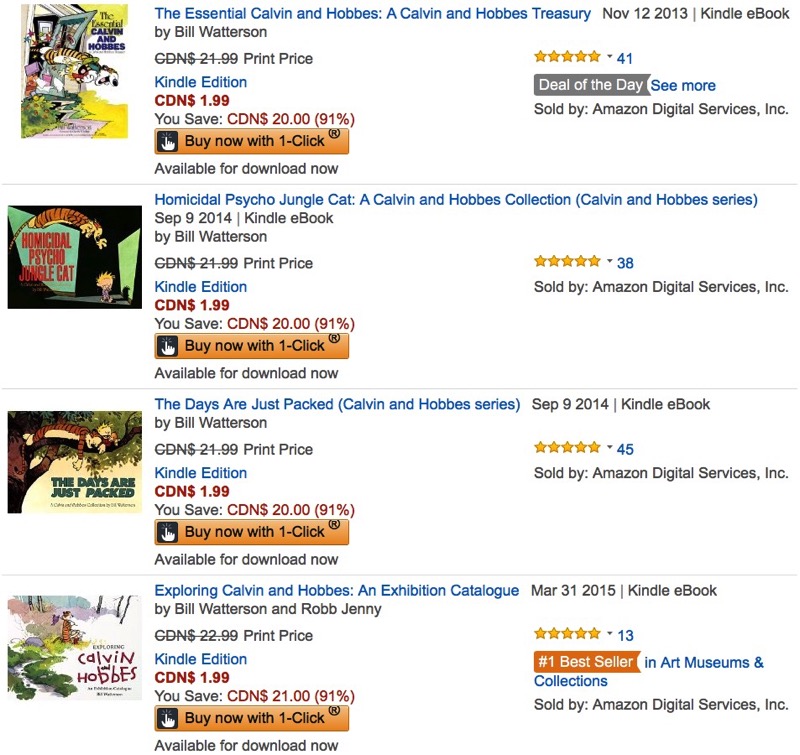 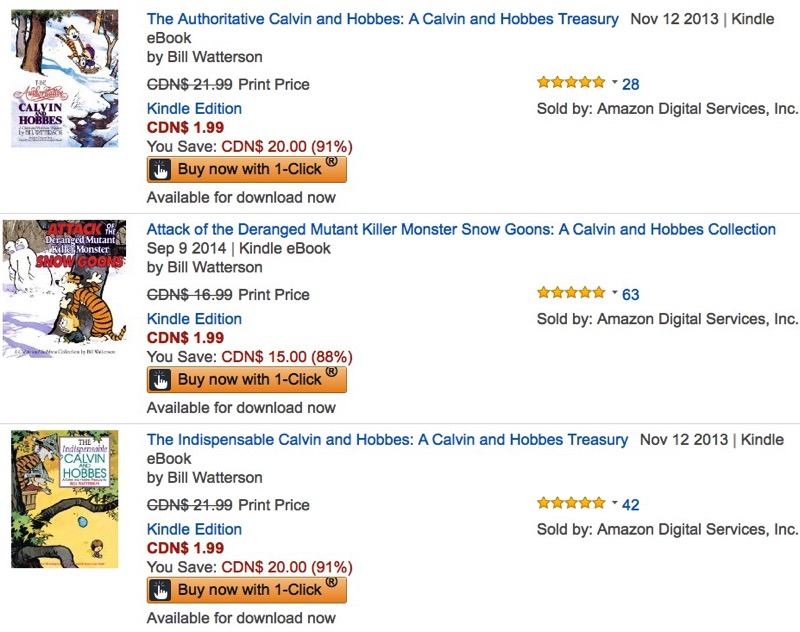 Here are the digital Kindle editions on sale for $1.99—get them while you can:

Enjoy reading these during your time off!