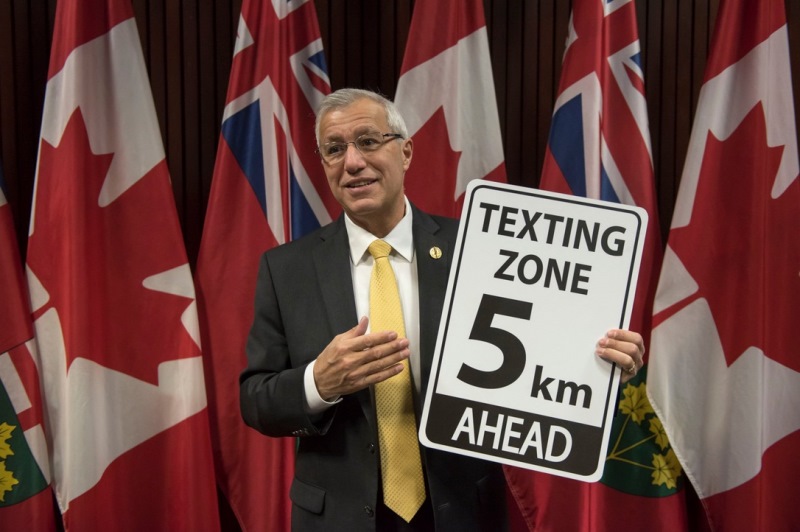 Aviva Canada, one of the largest providers of vehicle insurance in the country, is applauding a bill to address distracted driving through the creation of designated “safe texting zones”.

The Safe Texting Zone Act (Bill 19), which was brought forward by Nipissing, Ont. Progressive Conservative MPP Vic Fedeli, passed the second reading on Thursday. If the bill were to pass it would amend the current Highway Traffic Act to say:

“Designate any part of the King’s Highway where the shoulder of the highway may be used as a texting zone.”

In the amendment, there is a reference to a texting zone, which can be defined as an “area where a driver of a motor vehicle is able to park or stop safely for the purpose of using a hand-held wireless communication device.”

“Distracted driving deaths have surpassed impaired driving death. There is such a stigma with impaired driving, but texting and driving is still relatively socially acceptable. It’s unacceptable and accounts for approximately 25% of all fatal accidents. We are hopeful that safe texting zones will encourage more responsible behaviour.”

In a statement, Fedeli said:

“When drivers take their eyes off the road for more than two seconds, car crash risk doubles. The Ontario Provincial Police cite distracted driving as a causal factor in between 30% and 50% of traffic collisions in Ontario, while the National Highway Traffic Safety Administration in the United States said that 80% of collisions and 65% of near-crashes have some form of “driver inattention as a contributing factor.”

Aviva Canada is pushing the provincial government to adopt this legislation. Ots says that it will help make the roads safer for all Ontarians.